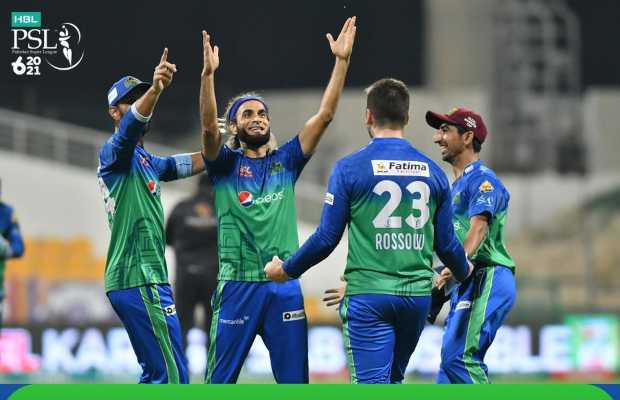 It turned out to be a rather fairy tale ending for the Multan Sultans who started the Abu Dhabi Leg of PSL 6 being at the bottom of the points table.

While the lady luck was in not so much for Peshawar Zalmi – who were in their fourth PSL final and ended up finishing runners-up for the third time.

The Wednesday night final at the Sheikh Zayed Cricket Stadium turned into the most spectacular game of PSL history as from the start it wasn’t sure who will lift the trophy.

Zalmi made a blistering start courtesy of Kamran Akmal’s 36 runs on 28 balls. However, getting 56 runs in the last 16 balls proved too much for the last two Zalmi batsmen. And by the end of the innings, Zalmi managed to put just 159 on the scoreboard.

Here are the scorecards from the MS vs PZ final:

With 20 wickets to his credit, Shahnawaz Dahani finishes PSL6 as leading wicket-taker, he is the only third bowler to take at least 20 wickets in any edition of the Pakistan Super League.

Dahani recieved the best emerging player and the best bowler of the PSL 6 awards.