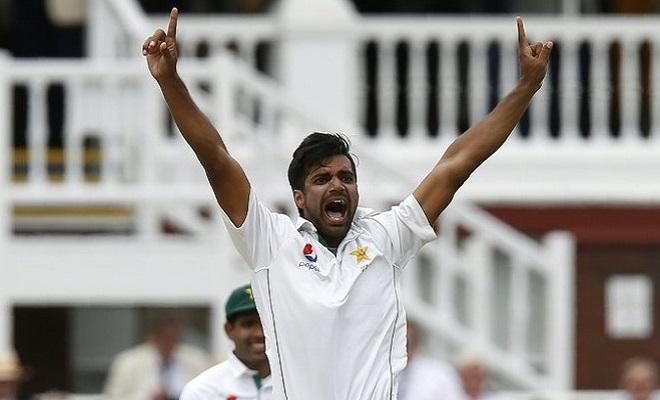 Finally, the bowlers got some respite as all three batting teams were dismissed relatively cheaply on day three of the on-going round of QeA Trophy matches. Southern Punjab will look to claim victory against Sindh after picking up 12 wickets in the day. Khyber Pakhtunkhwa and Balochistan also amassed big leads and have an outside chance of wins.

Starting the day at 119/2, Balochistan lost wickets at regular intervals and were bowled out for 301. However, they did reach the follow-on score of 300 (in 4-day games, the follow on cut off point is 150 runs). Asif Zakir impressed with 61 and Bismillah Khan and Amad Butt also chipped in with 30 and 23 respectively. Multan Sultan’s left-arm spinner Nauman Ali picked up a five-wicket haul, while pacer Haris Rauf bagged three wickets for Northern. In their 2nd innings, Northern showed great intent, scoring at over 4 runs per over. Zeeshan Malik raced to 54 of 59 balls and Haider Ali accompanied him on 20 at stumps. They lead by 224 runs and would like to declare sometime in the 1st session on day 4.

Captain Mohammad Rizwan made a rather surprising call by not enforcing the fall on against Central Punjab after having bowled them out for 278. CP’s batting struggled apart from Kamran Akmal who scored a brilliant 136. The 2nd highest score in the innings was 24 by Captain Azhar Ali. For KP, Sameen Gul claimed four wickets. By the day end, KP had stretched their lead to 236 with 9 wickets still intact. Nasim Shah removed Shahibzada Farhan early.

Southern Punjab looks all set for a win in Karachi, after enforcing the follow on against Sindh. The strong batting line up of the hosts couldn’t put a sustained resistance and were bowled out for 284. Captain Asad Shafiq was the top scorer with 57. Saad Ali also scored a fifty but facing a mammoth 546, Sindh were under pressure from the word go. Their 2nd innings was off to an even worst start, losing Khurram Manzoor, Abid Ali and Asad Shafiq for only 15. Fawad Alam and Omair Yousuf steadied the ship, taking the score to 58 by the end of the day. For SP, Rahat Ali got four wickets in the day, adding to Khurram Manzoor’s scalp yesterday.

Finally, we had a day where the bowlers had the better of batsmen. One would fancy Southern Punjab to get a win against Sindh. It would be better for the competition, somehow if KP can fashion a win against top of the table CP. Pitch curators would be breathing a sigh of relief after a series of draws in earlier rounds.