Samina Baig and the team scaled the world's second highest and Pakistan's tallest mountain K2 (8611meters) this morning at 7:42am. 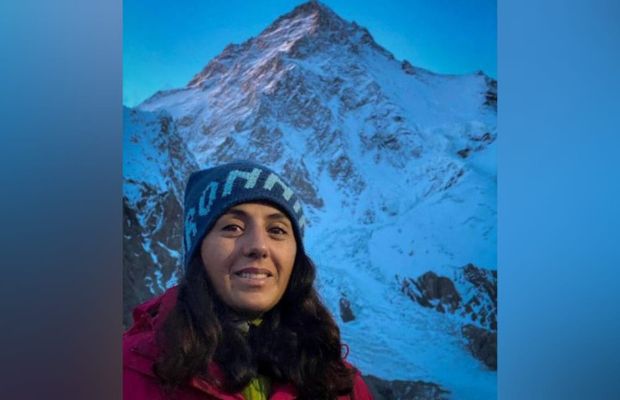 No other woman from the country has done it before, reaching the top of the 2nd highest peak of the world, 8611m high K2.

21-year-old Samina Baig summited the mighty K2 at 7:40 am PST on Friday, along with her team members.

While less than three hours after Samina’s summit, Naila Kiani reached the top of K2 becoming the second Pakistani woman to achieve the feat.

“We are extremely proud to announce that Samina Baig, with her strong Pakistani team, successfully summited the world’s most fascinating and dangerous mountain, known as Savage Mountain, the world’s second and Pakistan’s tallest mountain, K2, at 8611 meters this morning at 7:42 am,” said the statement by Samina’s team at the ground.

“Grateful and blessed that K2 allowed her to stand atop this incredible mountain,” the statement added.

Congratulations are in order for Samina Baig on her historic achievement.

She is also the first Pakistani woman to summit the world’s highest peak, Mount Everest, in 2013 at the age of 21.#SaminaBaig pic.twitter.com/bmWwULMC1w

JUST IN: Samina Baig the FIRST and ONLY Pakistani woman atop Mt #Everest (8848.86 m) has successfully scaled Mt K2 (8611 m) this morning 07:42 PKT and became FIRST Pakistani woman to have summited the second highest mountain in the world. CONGRATULATIONS! pic.twitter.com/ylAXFXcjxy