Pakistan have won 25 out of 29 games under his leadership 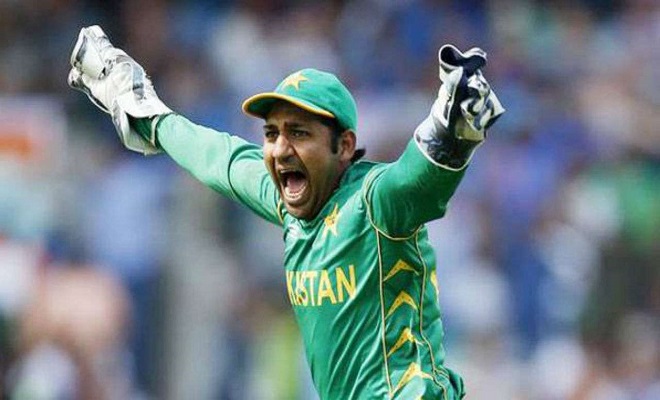 Ramiz Raja perhaps knew something before he asked Sarfraz this question ‘Bari jhet haraya hai, khush hain? (Something along those lines). He was touching a raw nerve with it.

Sarfraz who talks like he has a train to catch at times, was even quicker with his response ‘Maan lien gay to ache baat hai’. Hinting towards the criticism he gets from certain circles in the media and a lot social media.

I am not going into the whys of it. But it doesn’t hurt to remind people of his record especially as a T20 captain. 25 wins out of 29, is an absolutely phenomenal record. Just to put it in context 4 years prior to Sarfraz’s captaincy; under Mohammad Hafeez and Shahid Afridi, Pakistan were 23 games and won 28. The minnow beater tag is also wrong. Sarfraz 11 has played 6 games against Australia, New Zealand, South Africa and India, they have won 6 lost only 2. Under Hafeez and Afridi they lost 15 and won 10 against the same opposition.

Viewed under any spectrum 10 consecutive series win deserves super applause. It places Sarfraz among the very best of T20 captains. His tenacity, and intensity has served the team well in this format. They say in T20s every ball is an event and could make a tremendous difference. Just visualise how Sarfraz tries to demonstrate and direct his bowlers and fielders for 120 balls. There is no let-up. Fielders often get scorned, sometimes without reason. But it keeps them alive. Just like the former fielding coach Steve Rixon had said, you have to keep these boys on their toes.

People have to realize that one doesn’t win 25 games against top quality opposition without being incredibility good as a captain. Most didn’t appreciate while Misbah and his team built a fortress at UAE. Sarfraz is being pushed into the same trap.