Sarfaraz Ahmed also included as the back up keeper 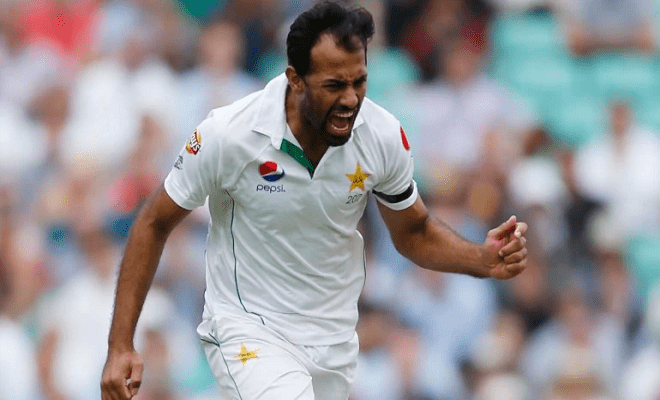 Wahab Riaz - part of Pakistan’s 20-man Test Squad now - OyeYeah News
0Share
123Views
Pakistan announced their 20-man squad for the upcoming three-test series against England. Fast bowler Wahab Riaz, middle-order batsman Fawad Alam and wicket-keeper batsman Sarfaraz Ahmed have been included in the group. A total of 29 players were picked to play three tests and three T20Is. For the test, these 20 cricketers will stay together in the bio-secure bubble.
Harris Sohail had pulled out from the tour due to coronavirus, which leaves the door ajar for Fawad Alam to make a test return after 11 years. Mohammad Rizwan is set to continue behind the wickets, as Sarfaraz Ahmed will provide back up if needed.
Interestingly, three spinners were picked in the squad of 20. Kashif Bhatti is likely to miss out and both Yasir Shah and Shadab Khan seemingly ahead of him in the pecking order. In fast bowling, Shaheen Afridi, Naseem Shah, and Mohammad Abbas remain the front runners, however, Sohail Khan has impressed in the intra-squad tour matches. The 1st test will be played at Old Trafford from 5th August.
Pakistan squad: Azhar Ali (c), Babar Azam, Abid Ali, Asad Shafiq, Faheem Ashraf, Fawad Alam, Imam-ul-Haq, Imran Khan Sr, Kashif Bhatti, Mohammad Abbas, Mohammad Rizwan (wk), Naseem Shah, Sarfaraz Ahmed (wk), Shadab Khan, Shaheen Afridi, Shan Masood, Sohail Khan, Usman Shinwari, Wahab Riaz, Yasir Shah.