Not Expected At All... 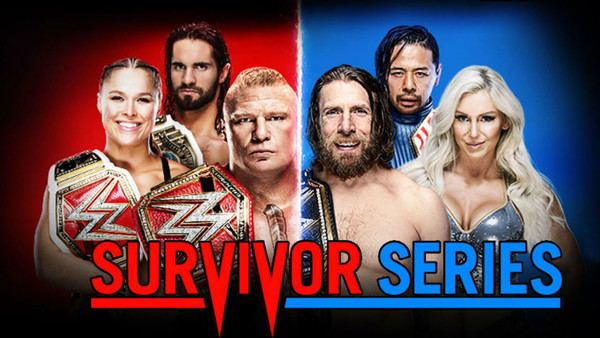 Women’s Survivor Series Elimination Match: Bayley, Mickie, Nia Jax, Tamina, and Sasha Banks vs. Naomi, Sonya Deville, Asuka, Carmella, and Mandy Rose:Jax winning made sense, since she’s challenging Rousey soon, but she did next to nothing here, and continues to fail to impress. I guess it’s good that she had heat on her for the Becky injury as the crowd hated her here, but damn she really is no good. Outside of Nia, there was almost no heat for this, the action was flat, and it felt every bit of the 20-minutes it lasted. I wouldn’t call it bad, but it was only ok at best. The live crowd was all over Jax and the broadcast team was playing up the #facebreaker hashtag. Everyone loves it. This is so much better than Jax issuing a public apology for breaking Becky Lynch’s nose just to appease some fans. Assuming Lynch doesn’t have any long term issues, this could turn out to be the best thing that could have happened for her and Jax.

Shinsuke Nakamura vs. Seth Rollins:  I was pleasantly surprised that we didn’t get any Dean Ambrose involvement here and that this was just a straight up match. As for the match, it was very good. Nakamura felt motivated, while Rollins continues to make the best out of every opponent he’s given. I think that it was a tad long, and would have been better with a few minutes trimmed, but it was very good and enjoyable.

The Authors of Pain vs. The Bar: This was a complete disappointment as I was hoping for a great hoss fight, instead, it was a lazy house show match with a guy pissing his pants and the AOP getting a “lucky win.” This was bad and the booking completely let these guys down; it was embarrassing. I believe the last guy to intentionally piss himself on WWE television is Vince McMahon. It wasn’t as funny this time around. So the story is that Raw is up 3-0 since they don’t seem to be counting the Kickoff Show match.

WWE Cruiserweight Title Match: Champion Buddy Murphy vs. Mustafa Ali: The best match of the night thus far. Granted, that’s not saying much, but this was really good. This match would have fit in at Takeover. 205 Live is still paying the price for a horrible start under Vince McMahon’s watch, but matches like this can only generate more interest.

Men’s Survivor Series Elimination Match: Braun Strowman, Dolph Ziggler, Drew McIntyre, Finn Balor, & Lashley vs. Shane McMahon, Jeff Hardy, The Miz, Samoa Joe, & Rey Mysterio: This was a painfully mediocre match with way too much Shane McMahon vanity booking. Yes he lost, but we have to have Shane get all of his shit in and look better than anyone else on his team, I’m beyond over it. An entertaining match and easily the best of the elimination matches. I don’t know if Joe was injured or if they are telling a story with him. He was super over with his home state crowd and the brand needs more babyfaces, so perhaps it’s going somewhere. Miz was also entertaining in this match and he’s a candidate for that role, though less of a natural obviously. Strowman was once again positioned as a one man army, and I like the way McIntyre was showcased as well. 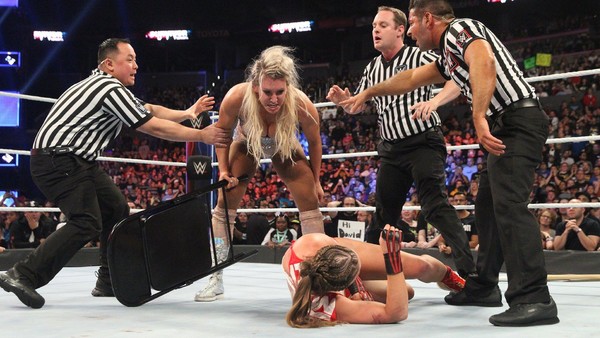 Raw Women’s Champion Ronda Rousey vs. Charlotte Flair in a non-title match: Is Charlotte “The Man” now? Actually, this came off like WWE intended for it to be a heel turn even though it was very similar to what they’ve been doing with Becky Lynch and it was cheered the same way. It should be fine if Lynch is able to return soon because she’s such a good talker and so charismatic that I believe the fans will side with her over Charlotte. That said, it’s hard to imagine they are finished with Rousey vs. Charlotte, so there’s no telling where things go from here. Either way, that was a really fun, physical match. I actually feel for Rousey in that she’s so much better than anyone could have expected her to be at this point in her career and the fans still turned on her. Putting that aside, this was the highlight of the show thus far. Oh, and Smackdown really, really, really sucks based on the win count so far. I am far from a fan of DQ finishes on PPV, but I felt that this played very well and Charlotte as a heel is much better than her as a babyface. This was a great, hard-hitting match; really dirty in a real fight feel kind of way. After dropping off match quality wise following the win over Asuka, Charlotte has been really good since the feud with Becky. I really love how different Rousey feels compared to the rest of the division because so many of the women’s matches feel the same, but her matches are always different. I think a rematch will be even better. This gives Rousey future matches with Jax, Becky, & Charlotte.

WWE Champion Daniel Bryan vs. WWE Universal Champion Brock Lesnar (w/Paul Heyman) in a non-title match: It’s very refreshing to see Lesnar work like we know he can, still looking like a beast, but also selling (which he’s great at when he wants to) and having a complete match that I can invest in and care about. Lesnar ran wild early on incomplete beast mode, which was fitting and perfectly believable until Bryan hit the great equalizer in a low blow and made the big comeback, which got the crowd into it. Bryan ran wild, picked up believable near falls, and had the crowd believing. Lesnar eventually overcame, but Bryan looked great even in defeat, much like AJ did last year. This was a great match that I thoroughly enjoyed. A hell of a match. It’s a real shame they felt the need to turn Bryan on Tuesday because while the fans were behind Bryan, his character shift left them unsure of what to think of him, so they didn’t have as much sympathy for him early on. Nevertheless, this was excellent and the last two matches really closed the show on a high note. The clean sweep for Raw was bizarre. I guess we’ll see where it goes.