The clip shows Dr Mahathir Mohamad dancing with a young charming lady at a social function. 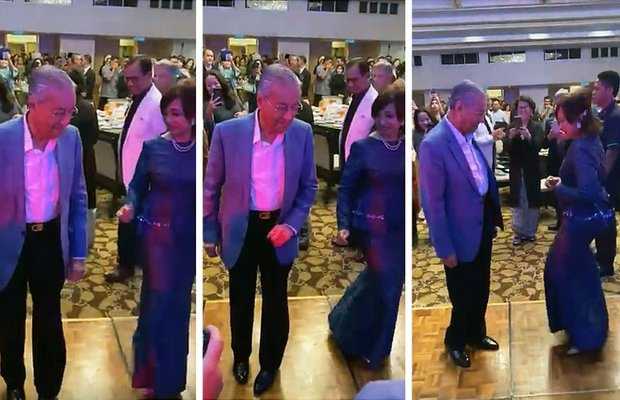 Malaysian Prime Minister Mahathir Mohamad’s dancing video goes viral on the internet and has taken social media by storm. In the video clip, the 94-year old can be seen lighting up the dance floor with his daughter Marina Mahathir at a charity gala while the audience is cheering for them.

Mahathir didn’t miss his steps and kept the tempo much to the amusement of other guests.

The event was the Ronggeng Nite fundraising dinner, where Mahathir also sang a song, while his wife, Dr Siti Hasmah, played the violin.

Former senior civil servants, government officials, diplomats and high commissioners were among the attendants of the event.