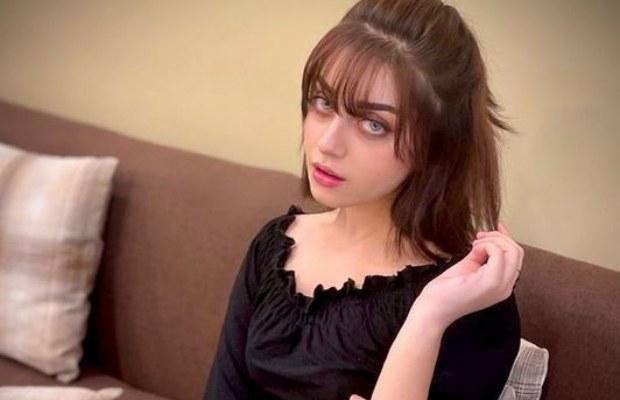 The glittery world of showbiz comes with its darker side and it’s a matter of choice how the celebrities carry themselves in the glamour world.

The start Alizeh Shah who rose to fame in the shortest span became a victim of trolling on a number of occasions.

And the most recent was when a video that was shot without her content went viral on social media showing Alizeh smiling in a car.

Alizeh over the weekend turned to social media revealing how filmmakers offered her to do an item song following the smoking viral video episode. 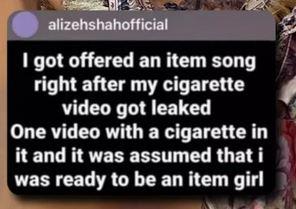 In a recent interview with a publication Alizeh spoke about the details of getting an item song offer:

“Do you know I was with my family in that car? If my family does not have any issues, who are these nameless, faceless people on social media who decide to judge me?”, Alizeh said,

“I have realised that it’s wiser to stay quiet. Often, when a woman takes a stand and decides to defend herself, people make life even more difficult for her. It’s easier for me to just disconnect from social media. I know that controversies don’t last for longer than two days and, after that, these very people will be watching my drama and getting excited about it,” she went on to say.

Alizeh further added: “You know, I even got offered an item song right after that video got leaked? One video with a cigarette in it and it was assumed that I was ready to be an item girl! The song had some crazy lyrics, about Kalashnikovs for eyes. My friends and I were in hysterics when we heard it!”