Television actress Nazish Jahangir is gradually becoming a renowned name, and while fans do look out for her acting talent it’s her flawless skin that actually does the charm. In her latest interview with Nida Yasir on Good Morning Pakistan, Nazish shared some secrets about her good looks.

Giving credit to her Kashmiri genes, the actress shared she drinks ‘lots of water’ to keep her skin fresh and hydrated. As a result, her face glows and is definitely eye-pleasing to the camera and masses. Nazish also revealed that she’s not the only one bestowed with the beauty genes, her siblings to enjoy the same luck. 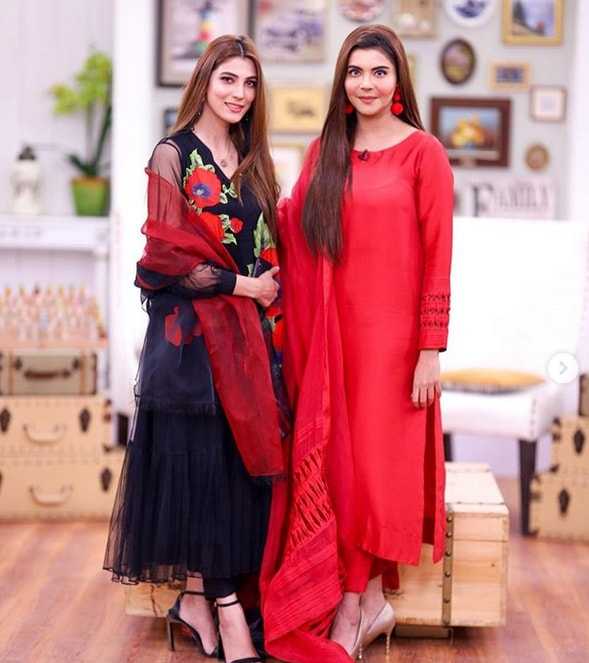 In addition, the actress also revealed the secret to her luscious long hair while ranting about Karachi’s water that has been unhelpful.

“Karachi doesn’t suit my skin and hair, and I think I’m not the only one with this dilemma. Punjab’s water is better,” said the actress. “The secret to healthy hair is a regular oiling session. A set hair care routine with protein treatments and regular oiling can really help,” she further said.

Given her good looks, one would assume that she always wanted to land a big TV break. However, on the contrary, Nazish revealed that she was interested in theater as a passion but her art professor happened to be veteran actor Jamal Shah who motivated her to join this line of work.

“I was always interested in theatre, in fact, I started off in the theatre. Then I did commercial theatre with Anwar Maqsood, and it was there that I was offered a serial,” she recalled.

But when TV happened, Nazish faced no restrictions from her family and her father in particular was a support for her.

“He was concerned at first but I left the decision to him. I told him if he was okay with it, I would do it and if not, it’s not a big deal. But he told me that if I want to do it, then I must or I’ll keep overthinking about it,” shared Nazish.