Recently at an event, a girl stood up as she couldn't take Shaniera not being referred properly 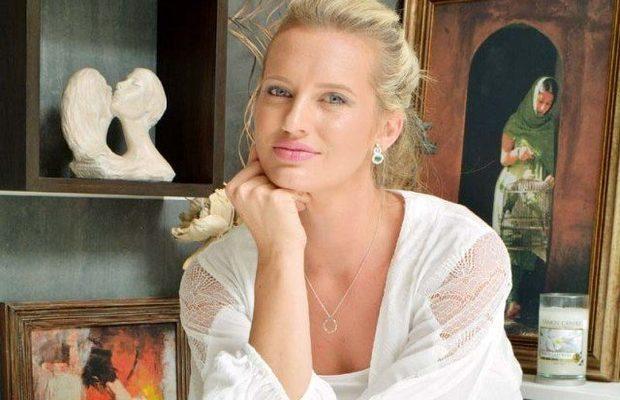 During the discussion, Paracha asked George a question regarding his web show with Shaniera Akram and while talking about her referred her as “I saw your show with Wasim Akram’s wife.”

At this point a girl from the audience chimed in and shouted “She has a name,” followed by a series of cheers and applause as George reminded the host of Shaniera’s name over the mic.

The video of the incident got viral and while Twitter users applauded the “unnamed girl” for schooling Paracha – a senior journalist – Shaniera too couldn’t resist from cheering for her supporter.

“Who is this amazing woman? I just love you #SheHasAName You go girl!” tweeted Shaniera.

In addition when a Twitterati tried to troll Shaniera by saying “As if she’s a celebrity”, the social media favorite had an apt answer.

“If you are talking about someone on stage at a literacy festival, you should at least give them the dignity of a name. And I am not a celebrity but I have earned my name, thank you very much,” Shaniera rightly said so.

Paracha too responded to the video and promptly cleared the air.

“I actually forgot her name, and then wasn’t sure what it was. I thought it would be silly if I pronounced it wrong,” said the aced writer.

Well, the girl who schooled all the men there and then does deserve a shout out. So who are you, girl?

(On a side note, George and Shaniera actually have a really cool show on Facebook).