The actress says that the couple owes her Rs9 million 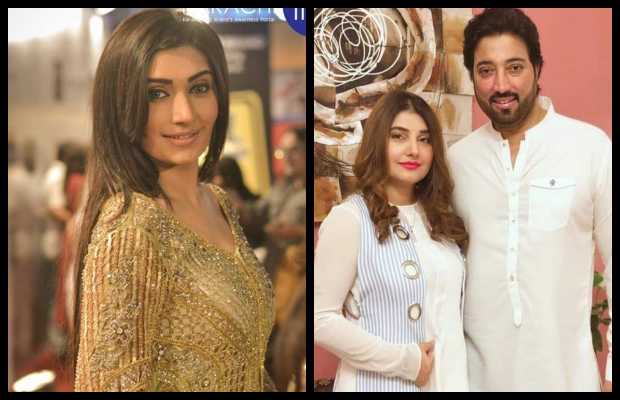 I worked for years with JJS Production of Javeria and Saud on two projects, I have not been paid for either of the projects, sherry - OyeYeah News
0Share
385Views

After veteran actress Salma Zafar took to social media last week to demand JJS production house and Javeria, Saud Qasmi to pay her outstanding dues for the dramas she worked on over a decade; Sherry Shah has also come forward reiterating Salma’s stance and alleging that the couple owes her Rs9 million. In addition to a social media video, the actress has also sent a legal notice to JJS production and Javeria, Saud.

“The reason to make this video is not to hurt anyone’s sentiments or to give statements against or in favor of anyone,” Sherry began her almost 10-minute long video on Instagram.

“I saw Salma Zafar’s video and I felt really bad for her. The agony that she had shared, I could relate to it because I have endured the same,” she said while mentioning the same dramas Yeh Kesi Mohabat Hai and Yeh Zindagi that both she and Salma worked on.

“I worked for years with JJS Production of Javeria and Saud on two projects, I have not been paid for either of the projects,” the actress said.

“During this time period of 6 to 7 years, I suffered a lot. I had quite a few ups and downs of life like everyone and hard-earned money which was very important to me, was not given. I am not saying that I have entirely been not paid, they have given me small amounts and the highest I remember they paid me was 3.5 lacs [and] they own me almost 1 crore,” she said later clarifying her exact figure to be Rs9 million.

“We didn’t even sign a contract because you were my friends, Saud bhai we had a brother and sister relation. Was I only your sister till the time I quietly worked for you and the moment I demanded my money all relationships ended, the trust had to shatter. I am appalled!”, the Durj actress stated all the while maintaining her composure.

“I have heard that Geo is paying JJS and after Salma Zafar’s video, I thought that the matter is being taken up so I should also put forward my demand,” said Sherry while adding, “Pay me and everyone you owe, pay in monthly installments or however convenient but close this chapter gracefully.”