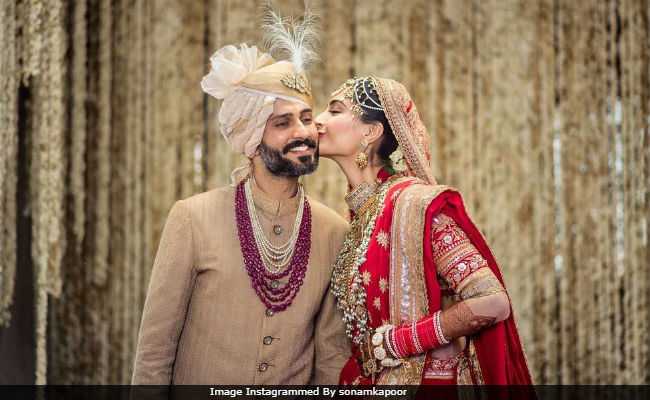 Our beloved Bollywood star, Sonam Kapoor finally tied the knot with Anand Ahuja on 8th May 2018.  Soon after the big day, the happy bride changed her name on Instagram from Sonam Kapoor to Sonam Kapoor Ahuja.  And well obviously the fans were not letting this go unnoticed, and couldn’t help but feel overly joyed for the newly married couple.

While some were happy for the couple, some were also quick to judge how Sonam Kapoor changed her surname to Ahuja to which Sonam replied with true class “I am a true feminist and I believe in choice. Nobody told me to change my name after marriage. I decided to do it by myself. The whole idea of feminism is to have equal opportunity and choice to do what I want to do. That choice should be mine”.

While all of this was still afresh, Sonam’s husband did the most sweetest thing that any husband could ever do. Anand Ahuja also changed his official name on Instagram from Anand Ahuja to Anand S Ahuja and well definitely the ‘S’ stands for Sonam! Isn’t this the cutest thing to do?

We cant help but go awwww all over this beautiful couple and wish them a life ahead of eternal happiness!