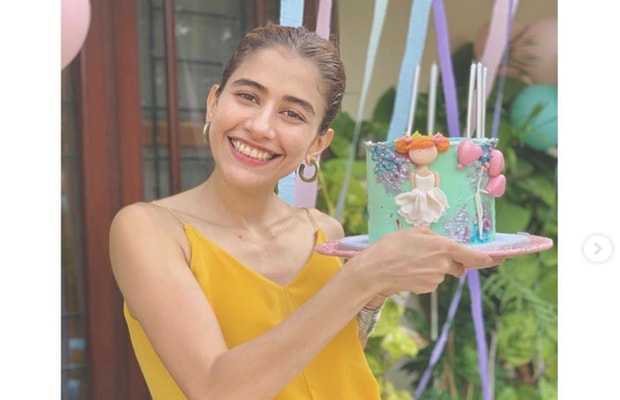 One of the most adored actresses of Pakistan, Syra Yousuf is a young mother who is fitness and beauty goals for many. Alongside, Syra is also favorite of many for maintaining a beautiful bond with her daughter Nooreh and showing us a glimpse of it time and again.

This time around its Nooreh’s sixth birthday and the Chalay Thay Saath actress took to Instagram to share an adorable wish for her daughter with a lovely photograph and note.

“And just like that you turned six! In you, I see, pure love. The purest I’ve ever known,” said Syra alongside a picture of herself holding a birthday cake.

And just like that you turned six! In you I see, pure love. The purest I’ve ever known. 💜

Celebrities like Minal Khan, Sana Javed, and others also wished Syra’s daughter on her special day.