Coronavirus is not natural but created in a laboratory, former Pakistani FM claims

He said while terming it a conspiracy, the virus was created as a step up to chemical warfare 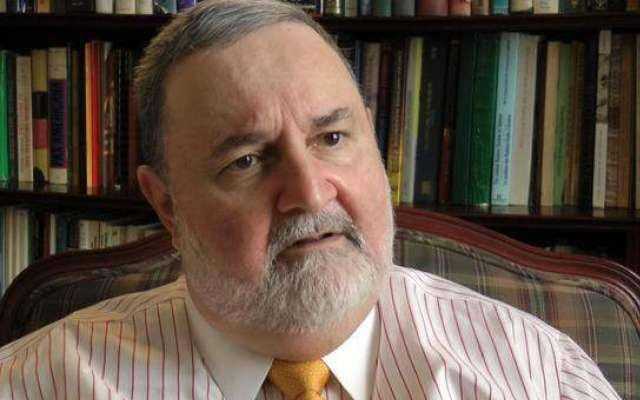 Coronavirus is not natural but created in a laboratory, abdullah - OyeYeah News
0Share
144Views

Abdullah Hussain Haroon, the former Pakistani foreign minister has shared some wild theories about the emergence of coronavirus and the hands ‘behind’ the pandemic which has claimed thousands lives globally.

The former minister and Pakistan’s former ambassador to the United Nations has claimed that the virus was not natural and created in a laboratory instead.

He said while terming it a conspiracy, the virus was created as a step up to chemical warfare allegedly waged by the US in Syria, adding that, the aim was to create a disease that would spark panic and fear among the people of the world.

“The patent for the virus was obtained by an American company Chiron from the US government in 2006. The second aspect of this is that in 2014, they sought a patent in Europe for its vaccine. The patent would have been granted in a few years, but it wasn’t granted till November 2019,” he claimed.

Haroon further also claimed that the virus’ vaccine was being manufactured in Israel. “Israel has said it would share its patent only with those countries that recognize it as a country”.

He said that behind creating the deadly virus was the reason US had for many years been worried about China progressing ahead and had tried many things to stop it but couldn’t, until now.

“The coronavirus was created in a lab in the UK and whose registry was in the US. From there it was sent to a lab in Wuhan via Air Canada. The lab in the UK was sponsored by the Bill and Melinda Gates Foundation while the John Hopkins and the Bloomberg School of Public Health in the US had made preparations to dispatch the virus to Wuhan,” he claimed.

Haroon also shared his belief that the reason behind the virus being named Covid-19 was because it was prepared with the permission of the Center for Disease Control in the US.

“A computer simulation was run regarding this in 2019. The money for this was also given by the Gates foundation and even the World Economic Forum also gave monetary help to make this virus,” he added.

The former envoy of Pakistan claimed that the US, after getting panicked, moved everything to Winnipeg in Canada where they have also detained a Chinese biologist.

He also added that Israel was the biggest beneficiary of the conspiracy since it was making the vaccine for the virus.