Pakistan has recorded 993 recoveries in the past 24 hours. 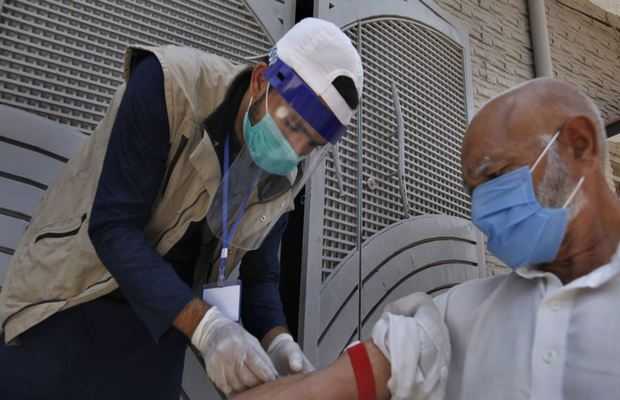 Pakistan reports 346 new COVID-19 cases from across the country on Monday, as compared to over 6,000 at Coronavirus at its peak in June.

According to the government’s COVID-19 portal, Pakistan has recorded 993 recoveries in the past 24 hours.

The total number of recoveries in the country is now 276,829, the bulk of which have been reported from Sindh. While as many as 686 patients are in a critical state.

Sindh on Monday has reported 172 new cases of the coronavirus, taking the provincial tally to 128,456, according to Chief Minister Murad Ali Shah.

A total of 7,426 tests were carried out in the province during the last 24 hours, said Shah.

Meanwhile, Punjab has reported 55 new cases of the novel coronavirus, taking the provincial tally to 96,233, according to the official Covid-19 portal.

No new deaths have been reported in Punjab for the third straight day.

Balochistan has reported 33 new cases of the novel coronavirus, raising the provincial tally to 12,560.

No more fatalities were reported in the last 24 hours, according to the daily situation report issued by the provincial health department. The death toll in Balochistan stands at 141.

Islamabad and the federal territories have collectively reported 56 new cases of the novel coronavirus, with no new death, according to official statistics.

Following is a breakdown of the COVID-29 cases reported in each territory: