Poor Maheen is worrying for Omar 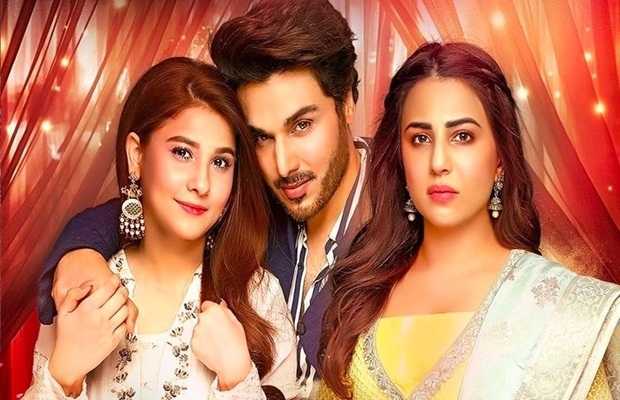 Bandhay Ek Dour Se drama serial airing at GEO Entertainment is one light heart serial that is turning into an intense love story with Maheen, Omar, and Roshini’s trio. Omar is carrying the burden of the guilt while Maheen is too feeling bad for Omar. It is that cunning Roshini who knowing that Omar is now married to Maheen, still trying her luck to win him back. Performances were on point. Ahsan Khan’s performance is simply brilliant.

Omar (Ahsan Khan) shares his burden of guilt with Maheen who advises him to talk with Roshini, Poor innocent Maheen (Ushna Shah) is thinking that Roshini (Hina Altaf) will tell him the truth but she has no idea how she is ditched by Nabeel and now all she thinks is about Omar. Omar is very reluctant to face Roshini as he thinks himself the culprit of ruining her happiness but here as well Maheen encourages him to have a talk with Roshini.

Omar calls Roshini, Roshini thinks that she will not go as he will taunt her for leaving him but then she comes, they eventually face each other but to her surprise, Omar is acting as if he has no problem with her and also he is expressing his guilt over and over saying that he has wronged her. Here the cunning Roshini gets the inkling that Omar knows nothing and also that his heart still beats for her. She makes her mind to win him back.

Roshini lacks basic manners too, the way he talks with Nabeel on the phone is like a typical uneducated woman talk. She is so mean and selfish that she is not thinking for her so-called best friend Maheen, she is all set to step over her. Despite knowing that Omar is married to her, she still asks him to meet her. Roshini weaves a fake story in front of Omar that her mother suggests a rich prospect to her but she refuses that for him.

Omar is feeling even more guilty after meeting Roshini and it seems that he feels like that he is compelled to meet her and talk with her on phone. Maheen is loved by her in-laws except for Omar’s attention she has no major issue. Maheen’s mother in law prefers her over her elder daughter in law and their arguments seems a bit over. Though there is no chemistry and spark between Omar and Maheen, they seem great together as a couple. Will Maheen be able to save her marriage? Will Roshini’s vice advances going to be successful in winning back Omar?