Does Maya deserve to be forgiven? 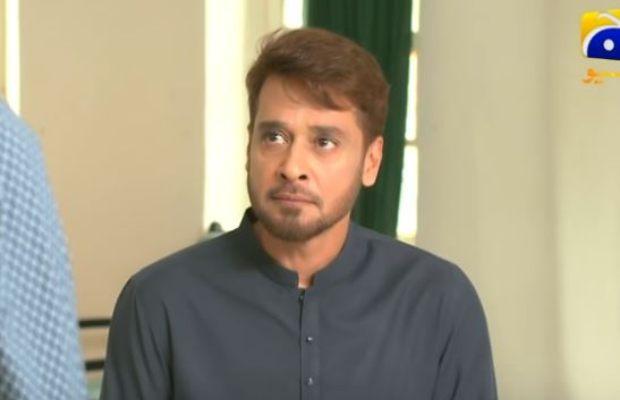 Dil e Momin the 7th Sky production is now 35 episodes down. The play is taking a drastic turn with the reversal of events. The performances are brilliant. In the previous episodes, we have seen that Momin’s reputation is restored at his university. In the latest Momin’s mother tries to convince him to forgive Maya and not just forgive accept her love for him which is quite weird.

One of the weirdest things is Fari going to Maya’s place and starts being so caring and nice towards her. We wonder how come that is possible after that girl has ruined her house but she is impressed to see love for Momin in her eyes. Fari gives her hopes that she will eventually get her love if her love is pure and true. Then the weirdest part is Fari and her mother start convincing Momin to forgive Maya and not just forgive her but also marry her.

Gohar happened to be the biggest creep his claim to love Maya is nothing but merely a desire to possess her. He does not respect her at all if he would have really loved her he would have respected her will, but now he literally insults her saying that she has no character and no respectful person is ever going to think of marrying her.

Why Aashi is behaving so weird how can she hide such a big thing from her parents? Why she is avoiding Fari and behaving like she is super happy with Fakkhar? Aashi’s parents make a sudden visit to her place and there they sense something wrong. Later Aashi’s father comes to know through his brother that Fakkhar has left Aashi on the wedding night and currently he is living in Dubai. Aashi’s parents are shocked to know that Aashi has been lying with them all the time.

Maya is hurt by Gohar’s humiliation. Maya knows that Momin will never accept her. She does not want to bother him further so she has decided to move to Canada leaving everything she also wants to give her house to trust but for that she only trusts Momin. She gives Raani the house papers and sent her to Momin. Rani goes to Momin’s place and tells him about Maya’s plan of leaving the country and hands her the house papers. Momin is a bit astonished but not ready to believe Maya. Momin’s mother tells him to leave his ego behind and forgive Maya. Should Momin forgive and marry Maya as she has now completely redeemed herself?