Koi Chand Rakh episode 2 review: Will Zain find out the truth before the wedding?

It seems his happiness will soon be eclipsed 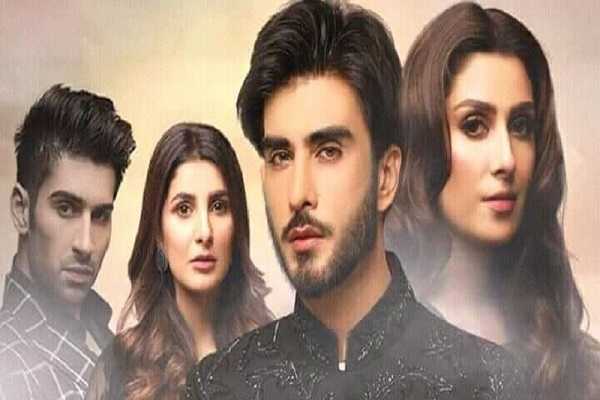 Koi Chand Rakh began on a very high note last week and in just 2 episodes, things have moved on very fast. The good thing about this plot is the fact that this story is fast paced and yet it manages to keep you engrossed. Siraj ul Haq’s direction is impeccable and his A list actors are delivering his vision spot on. Even, the newcomer Areeba Habib, is great in her performances, nailing her lines and her expressions. However, there’s a very tough competition in the male leads of the drama. We really do not know who to praise more. Muneeb Butt is intense as Umair and Imran Abbas as Zain is just perfect. He nails being the moody brat with an attitude. In short Koi Chand Rakh is a drama laced with some fine performances and a story you’ll want to follow.

Zain’s father is convinced that he wants his son to marry Rabail and therefore he sends his wife and daughter to meet her. Even though Zain has given his consent for the marriage, his mother is cautious and doesn’t know what to make of the situation. However, because Zain still thinks Nashal is Rabail, he is over the moon on the proposal because he has fallen in love with Nashal’s beauty, without knowing the truth.

On the other hand, Rabail, who has no idea about the situation, is still trapped in thoughts. Her younger cousin Umair expressed his love for her and she now knows how to get out of this situation. She tries to placate Umair, make him see reason and when everything else fails, she aggressively asks him to get out. It seems Umair has lost all his senses. He is in love with Rabail and she has become a kind of obsession for him. Umair knows nothing except that he cannot allow anybody else near Rabail and he makes that clear to her in very loud words.

Rabail’s mami is not only angered about the entire situation but she fears Umair might destroy his future for Rabail, which she does not want. However, poor Rabail, who has no idea about how things progressed this way, tries to calm her down and promise her all will be well.

On the other hand Zain’s parents want to fix an engagement date. When Zain’s sister insists Zain should meet Rabail before the engagement, he has a plan up his sleeve to go see her at the hospital.

When will Zain learn the truth? He is over the moon over the proposal but his world will come crashing down when he discovers Rabail is not Nashal.

For now Koi Chand Rakh is going on at an amazing pace, keeping the audience hooked. Performances by the lead cast are exceptional. Ayeza Khan is not only beautiful, she knows how to deliver what is expected of her character. We’re loving the chemistry between Ayeza and Muneeb. On the other hand Imran Abbas as Zain is again a very good choice. Befitting Zain’s character to the T, Imran Abbas sizzles alone when on screen.