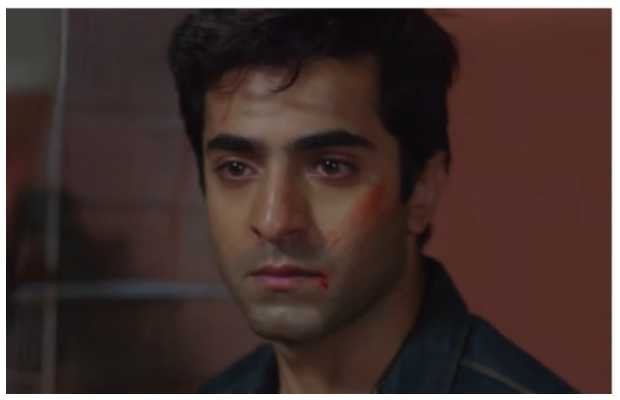 Pehli Si Muhabbat is one heart-touching love story running at ARY Digital for which we wait all week. This episode is not as interesting as the previous one. In the previous episode, we have seen that Aslam clearly tells his Mamu that he cannot marry Bushra. In this episode, we see Akram’s fierce reaction to Aslam’s refusal and then he helplessly gives his consent to Rakshi’s proposal for Aslam on her mother’s advice.

Aslam’s family’s reaction to overhearing the news of Aslam breaking the relationship is pretty normal. The best thing about this play is that characters and situations are believable and lifelike. Akram’s fierce reaction, his beating the hell out of Aslam, his frustration all making sense. Akram is feeling embarrassed because he is feeling like Aslam is been grateful to his Mamu and that he has not acknowledged his Mamu’s favors for him and his family.

In this episode we have seen more of Nargis’s past it seems like she is been betrayed in love. However, in this episode, she is shown on a low key. She has expressed a sort of helplessness in this matter telling Rakshi that her father has set her wedding date. She advises Rakshi not to stop Aslam from bringing his proposal. She also tells Rakshi to muster some courage to tell her father that she wants to marry Aslam as she cannot convince her father on her own.

Aslam endures all the beatings of his elder brother but he does not step back. He threatens his mother that he will take his life if they will not let him marry Rakshi. Aslam’s mother gets shaken by this threatening, she fears that she might be going to lose her son. Aslam’s mother talks sense she tells Akram that the relationship is broken now and it cannot be mended. The only option they left is to accept what Aslam is demanding.

Akram’s character is portrayed with such mastery, he appears to us to be someone we have met in our lives. Akram although is quite angry but he agrees with what his mother says. On hearing Rakshi’s name he gets furious but he controls his anger. Then it is so heart-touching when Aslam comes to him, kisses his hand, and apologizes for his behavior. Akram’s wife’s character is also shown as a strong and good woman. She is not someone who gets suppressed on whatever her husband says she knows how to take a stand well. She reminds Akram how hard-hearted he has become. Akram ends up agreeing on taking Aslam’s proposal for Rakshi, saying that Ammi can go to Rakshi’s place and she can also go with her mother but he will not go. Will Faiz accepts Aslam’s proposal as he has already agreed to his friend’s son’s proposal?

tweet
Share on FacebookShare on TwitterShare on PinterestShare on Reddit
Rameeza NasimMarch 29, 2021
the authorRameeza Nasim
Rameeza Nasim, a Paralian, passionate about poetry, drama and fiction. By giving drama critiques I feel like I am endorsing the writer's message to the audiences, I love my job. Being a critic responsibility lies on my shoulders to point out the flaws and shortcomings of the play be it on writer's , performers or director's end . I did my Masters in English Literature and Linguistics .
All posts byRameeza Nasim