Nargis also has a story related to her past. 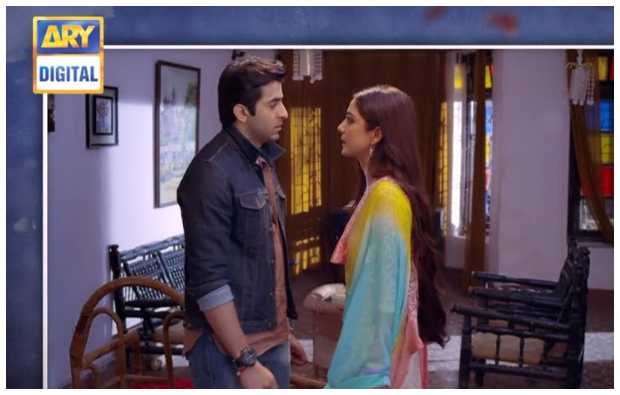 ARY Digital’s exquisite love story Pehli Si Muhabbat is not just a simple love story but much more than it. Writer Faiza Iftikhar has very artfully integrated the characters and their stories so well, which reflects a true picture of our society. In the previous episode, Aslam musters the courage of saying no to his family for marrying Bushra. In this episode, Aslam commits a huge mistake of trusting a neighbor baji and he shares with her his secret love affair.

There is another introduction of the character Nuzi Baji in this episode, who initially appears to be quite a flirtatious lady. She starts teasing Aslam reminding him that he used to call her his dhulhan as a child. Here Sheharyar Munawar’s performance and expressions in this scene are simply impeccable. Aslam makes a huge mistake of trusting this not-so-trustworthy woman. He opens up with her and tells her that he is secretly in love with Rakshi. Nuzi Appa very generously offers him her help and she plans a date for him and Rakshi at her place.

Rakshi’s father is inviting his friend’s family to his place for Rakshi’s proposal. Rakshi still doubts her stepmother’s intentions and she thinks that she is the one who wants to get rid of her. Rakshi when hears that Aslam has shared about her with Nuzi Appa she gets scared. Rakshi snubs Aslam for trusting an outsider. Nuzi Appa seems an over-smart greedy lady who goes to Rakshi’s place, she even tries to outsmart Nargis. Nargis seems suspicious about Nuzi getting close to Rakshi.

Nargis has a past too when Rakshi’s father asks her the reason why she agrees on marrying him she gets panics and remains quiet. A flashback is shown where Nargis is involved in some guy and she gives him a hefty amount of money hoping that he will settle abroad and he will marry her. It seems that Nargis has her own sets of secrets. On the other side it is so heartbreaking to see Zainab Appa so badly treated by her husband, he taunts her all the time. In this episode, we have seen a bit of the soft side of Akram when he gives money to his wife and then to Aslam.

Aslam is in big trouble as Nuzi Appa is now trying to blackmail Aslam after setting his date with Rakshi. She is shamelessly demanding Aslam to give her the money, initially, she asks him to bring ice cream and chips for her kids, then she asks him to order pizza. Nuzi Appa’s greed is not getting slow she has started cashing Aslam by blackmailing him demanding more money. Aslam is merely a student who gets a limited amount of pocket money, fulfilling Nuzi Appa’s demand will be a real challenge for him. Will Nuzi Appa’s blackmailing lead to leaking Aslam and Rakshi’s secret love story to the world?

tweet
Share on FacebookShare on TwitterShare on PinterestShare on Reddit
Rameeza NasimMarch 9, 2021
the authorRameeza Nasim
Rameeza Nasim, a Paralian, poet, passionate about poetry, drama and fiction. By giving drama critiques I feel like I am endorsing the writer's message to the audiences and also stressing on what Writers trying to say through his character portrayals and story, I love my job. Being a critic responsibility lies on my shoulders to point out the flaws and shortcomings of the play be it on writer's , performers or director's end . I did my Masters in English Literature and Linguistics and I earn my living through writing.
All posts byRameeza Nasim 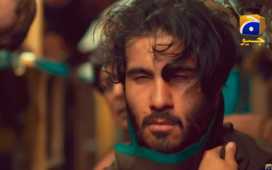 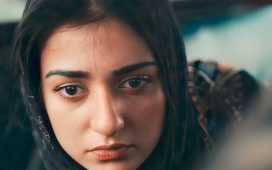 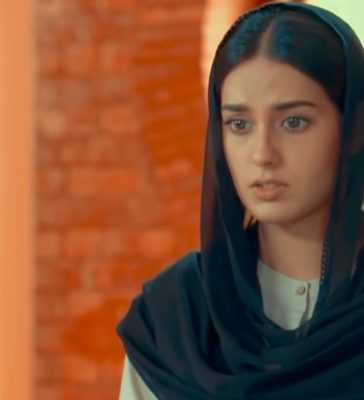