Despite all odds all five girls have applied for Army recruitment test. 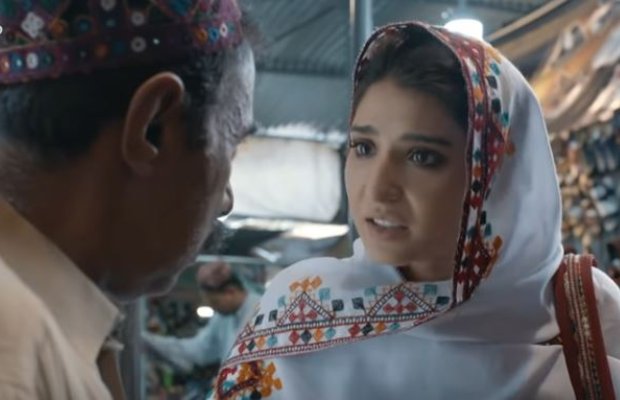 Sinf e Ahan the Women of Steel, ISPR Production is getting stronger and interesting, the serial is certainly worth the hype. The ensemble cast and their power-packed performances are what make this an interesting watch. Penned by Umaira Ahmed and directed by Nadeem Baig Sinf e Ahan seems to have so much in store for us. In the previous episode, we have been introduced to five different girls with a single dream. In this episode, the dream seems a possibility, despite all odds all the five girls are applying for the Army recruitment test.

The episode begins with a comic scene where Usman Mukhatar’s character Daniyal thinks that thieves might have come to his houses but then it was just a rat. Rabia (Sajal Aly) is afraid of rats and she is about to apply for an Army test how his elder brother snubs her for having a fear of such a trivial sort. We simply love the supportive brother who wants her sister more than merely a girl who holds trolly for rishtay walas.

Shaistsa’s (Yumna Zaidi) track is the most engaging one as the challenges in her life seem bigger than any other girl’s in the play. She is on her own and it is her dream to apply for Army no one is there to support her. The way she goes to apply for tests with her sister and Wali Muhammad is so interesting. Her sister was assuming that she might get failed but she passes the test and gets selected.

Pariwash’s (Ramsha Khan) father is so inspirational, every girl deserves such a supportive father. The way he is supporting her, fighting with his wife for her daughter is heart-touching. Pariwash is going to apply for the Army test and she has no tension as she has her father’s back. Mahajabeen (Kubra khan) on the other hand gets a mini reality check when she has to stand in the queue for getting the application forms. Mahajabeen has her handy fan with her which looks so cute she is too bratty to be a cadet.

Arzoo (Syra Yousuf) on the other hand is wasting her time with that flirt Nauraiz and she herself is aware of it. Her family specially her mother is quite a disappointing character who is encouraging her to be in a relationship with Nauraiz just because he is a government officer. Such a pathetic approach. Nauriaz is such a loser that he is discouraging Arzoo from telling her that she will not get selected. Shaista gets selected and now she has to go for the test. She plans to run away in the middle of the night with her sister but then we see that her sister has called Kamal which I guess is her fiance and he is helping her out in going to the academy. We wish she safely reaches the academy.

tweet
Share on FacebookShare on TwitterShare on PinterestShare on Reddit
Rameeza NasimDecember 6, 2021
the authorRameeza Nasim
Rameeza Nasim, a Paralian, passionate about poetry, drama and fiction. By giving drama critiques I feel like I am endorsing the writer's message to the audiences, I love my job. Being a critic responsibility lies on my shoulders to point out the flaws and shortcomings of the play be it on writer's , performers or director's end . I did my Masters in English Literature and Linguistics .
All posts byRameeza Nasim