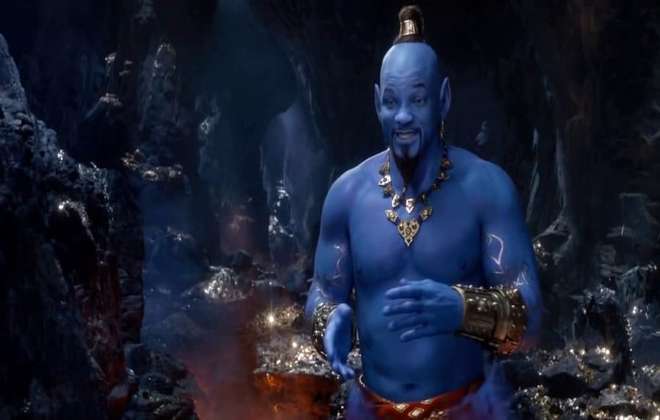 Disney has released a new trailer of its live-action retelling of the 1992 classic film Aladdin. This trailer was released during the commercial break in between the 61st Annual Grammy Awards, 2019 Sunday night.

The new trailer reveals Will Smith in his full blue Genie form for the first time. It also The features the looks of Aladdin and Jasmine in this new take on the animated classic.

In this live action, Smith has taken late Robin Williams’ former role as the Genie, while “Sherlock Holmes” director Guy Ritchie has helmed it.

Canadian actor Mena Massoud essaying the lead role of Aladdin and the role of Jasmine is being portrayed by British actress Naomi Scott and Dutch actor Marwan Kenzari would be seen as Jafar.

The trailer looks majestic, seems like this live-action adaptation of Disney’s animated classic, “Aladdin” is going to be more thrilling, vibrant and exciting. Aladdin fans would have to wait till 24th May for its official release.