The legend athlete and his daughter Gianna passed away on Sunday along with seven others in a helicopter crash. 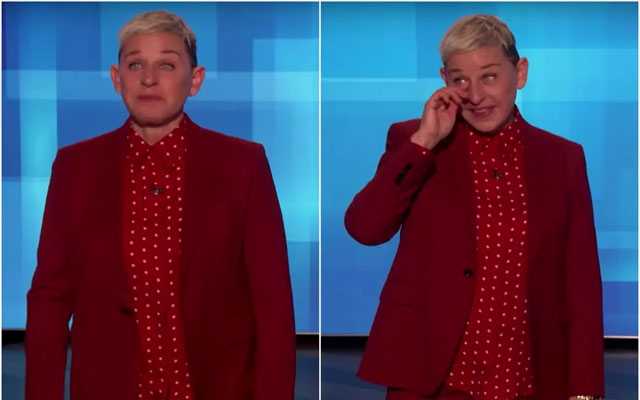 American comedian, Ellen DeGeneres was amongst the stars who delivered a tearful tribute to her friend and basketball legend Kobe Bryant in the opening speech of her eponymous chat show.

The legend athlete and his daughter Gianna passed away on Sunday along with seven others in a helicopter crash.

On Tuesday, the 62-year-old DeGeneres opened her talk show with a touching tribute to Bryant and lost control of her emotions leaving everyone in tears.

“Thank you for being here today. I appreciate it today more than ever, more than I did yesterday, and tomorrow, tomorrow I will appreciate it more than today because life is short,” she began her monologue.

“I’ve mentioned before that we tape the show in advance and we taped yesterday’s show last week. Today is Monday. Yesterday was Sunday and it happened to be my birthday and the Grammy Awards. I was nominated. I didn’t win. Not the point,” she said jokingly but her overwhelming emotions were visible.

“Yesterday was a celebratory day and we got tragic news about Kobe Bryant and everything changed in a second. That’s what I want to talk about. Life is short and it’s fragile,” she went on.

“And we don’t know how many birthdays we have. We don’t have to have a birthday to celebrate, just celebrate life. And if you haven’t told someone you love them, do it now. Tell people you love them. Call your friends. Text your friends. Hug them. Kiss them. Be nice to people at the DMV. They’re people!” she continued.

“I love each and every one of you…And I know that I’m lucky to have a wife who loves me so much, even though I don’t have a Grammy,” she said attempting to lighten the mood.

“I was backstage before the show started and I was saying to Witch, because we’ve both been sad today, ‘We’re gonna go out there and fill the room with love because that’s what everyone needs.’ Then I come out here and fall apart,” she said while trying to hold her smile with welling eyes.

More than ever, I’m grateful for every day. pic.twitter.com/vMEtDUG7ds