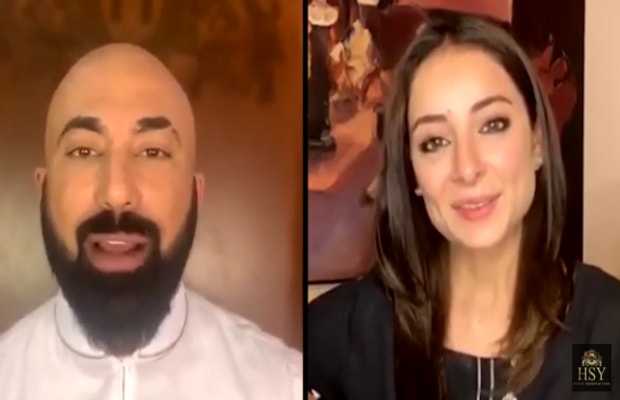 After a brief intermission, ‘LIVE with HSY’ is back online with fun-filled conversations every weekend. Previously featuring an array of celebrity guests including models, actors, athletes, singers, and more; the recent episode followed the same format as before. Unlike any other online talk-show, LIVE with HSY’s uncut, unfiltered yet friendly celebrity banter soon became his signature hosting style.

His sessions also gained a following for putting a positive spin on social distancing and quarantining during the recent uncertain times. Trending viral clips of A-listers sharing the juiciest details about their lives makes this stream unlike any other. Renowned names such as Mahira Khan, Syra Yousuf, Umair Jaswal, Shaan Shahid, and Sonya Hussyn amongst others are some of the superstars already featured earlier this year. The web series has circulated the internet for being one of the most unfiltered chat shows in the industry right now. Several controversial topics, gossips, confessions, verbal slip-ups, and the host’s energetic persona are what make the sessions come alive.

LIVE with HSY has restarted every Saturday at 7 pm. The latest episode featured the multi-talented actress and activist, Sarwat Gilani; who is currently known for her outstanding performance in the series Churails. Other celebrities to appear in the series will be disclosed at a later date.