The first season of the series is scheduled to release next year. 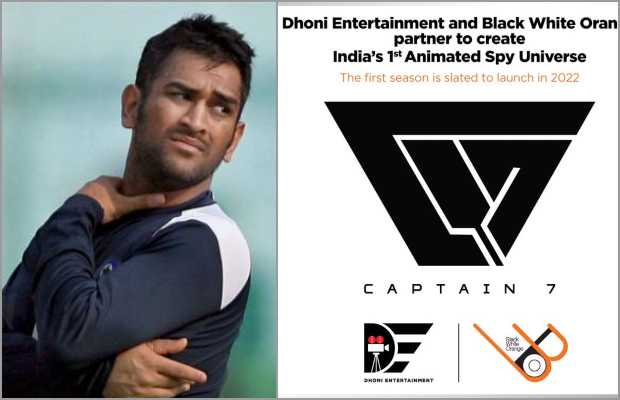 As per the reports, the first season of the spy series, which is currently in pre-production, will be based on MS Dhoni.

The first season of the series is scheduled to release next year.

The number 7 in the title refers to Dhoni’s jersey number which he donned in many one-day international matches. It will feature India’s captain cool in whole a new avatar.

The announcement of the upcoming venture was also made through the official Twitter account of Dhoni Entertainment.

'Captain 7' – the beginning of India’s first animated spy universe based on MS Dhoni’s attributes, from the house of Dhoni Entertainment and Black White Orange..7️⃣
We can already feel the action! 🤩@msdhoni @SaakshiSRawat pic.twitter.com/04v4SqsVmT

Talking about his upcoming venture, Dhoni, in a statement said: “The concept and story are great. It will bring to life my other passions along with cricket.”

While Dhoni’s wife who happens to be the co-producer and director of Dhoni Entertainment Sakshi Singh Dhoni said: “When BWO came to us with the concept of an animation fiction show based on Mahi, we were on board. A whole lot of adventure awaits you with Captain 7.”