Strong acting, beautiful story telling make it a must watch 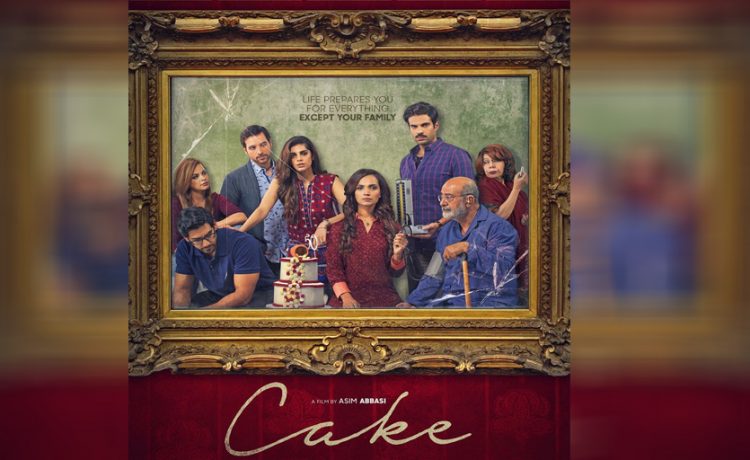 A couple weeks or so ago, I wrote a review for Sonu ke Titu ke Sweety in which I complimented Director Luv Rajan’s ability to pick up things about the girl boy equation. But overall the film wasn’t for me. Asim Abassi, has a knack to understand the family dynamics just as well. The grudges that we hold against our own, our anger, our frustration, as well as how quickly we seem to forgive them and laugh at the whole situation, how protective we can be of them, this is what Cake is about. A couple of people (who haven’t seen the film yet) mentioned that they have given away a lot with the long trailer. I was little worried about that too. But fortunately, the film is so much more.

We start at the Jamali house. Siraj Jamali (Muhammad Ahmed) is a frail old man, who is deeply in love with his colourful wife Habiba (Beo Rana Zafar). They long for the perfect family selfie, hear Monica ooo my darling on an old (well 90s) tape player and share great chemistry. Living with them is the slightly bitter, overburdened with responsibility middle child Zareen (Aamina Sheikh). She is the middle child and looking after the old parents and crop in the suburbs of Hyderabad. Younger sister Zara (Sanam Saeed) is working in London, and the eldest son Zain is settled with his wife and son in the US. A family reunion happens because of a medical emergency. To take care of the father, there is Romeo (Adnan Malik), a catholic and male nurse. And oh yes Zareen’s love interest. It’s a beautiful fulfilling relationship. We also meet Mikaal Zulfiqar, playing a small but important role in the film.

These characters, face up to this new reality, they are also at the same time grappling with past issues. There are some dark moments, and many moment where you can laugh out loud. The complexities of life, creates momentary divisions within the family as the world looks on. There is constant reminder that they are being watched but most times, raw emotions over run any other barriers. There is twist the plot, which absolutely binds the film together. You understand these characters a bit better, their motivations and actions seem more justified. It’s the magic of director & writer Asim Abassi that he kept us hold to the story till the end.

Each character is carefully crafted which leads to no throw away lines or scenes. Small details have larger meanings. The film deals with so many issues in Pakistan, without lecturing us about what the right thing to do is. There are moments where you felt that this decision may be right for character of a film, but this depiction of reality. In reality often the right decisions are not made due to varying reasons. Cake explores that. Acting by the whole cast is impressive. You feel for each character at different points in the film. Each character has a weaknesses and strengths, unlike the usual portrayal of spotless heroes and heroines.

No fancy words to end the review but a very real world consideration; this film is worth all your money!