Burj Khalifa light show to continue for visitors through March

There will be nightly shows every week from Tuesday to Saturday! 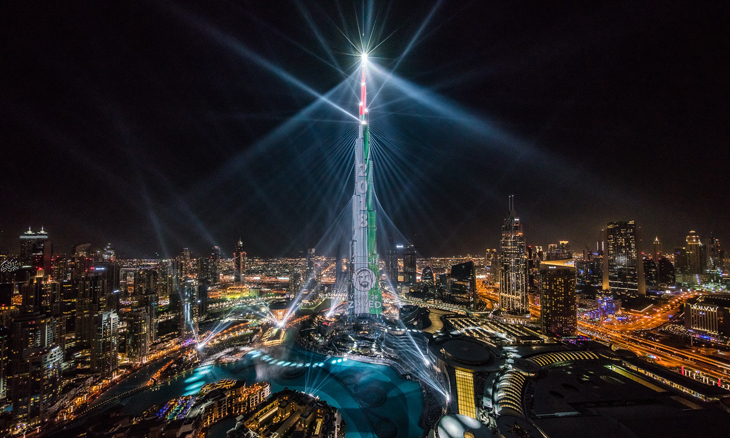 The show must go on… Good news for the visitors in Dubai! Those who missed the most spectacular laser and light show that were played across the Burj Khalifa last night on New Year’s Eve Gala, can still watch the show. It has now been decided that the show will continue through March. Not only the laser and light show will be a delight but it will be complemented by the performances of The Dubai Fountain to splash on the bash.

Feast your eyes on this! Burj Khalifa, the world's tallest building, lights up the skies as Dubai puts on a fascinating firework display to celebrate the New Year #NYE2018 https://t.co/reY1eRjV0F pic.twitter.com/TJZMINEs3e

Reports from the Gulf News stated that from 1st January  to 5th, a shorter version of the Emaar NYE 2019 gala will be displayed that will include laser, light and The Dubai Fountain shows.

People watch the Dubai Fountain show as they crowd around Souq Al Bahar in the shadows of the Burj Khalifa tower for the New Year’s Eve fireworks. #Hala2019 pic.twitter.com/5zOpOMAfwN

The shows will be held at Tuesday and Wednesday at 7pm and 9pm. On Thursday, Friday and Saturday it will be played at 8pm, 9pm and 10pm local time.

From January 8 to March 31, the shorter version of the NYE gala will be displayed daily once from Tuesday to Saturday. There will also be two separate laser and light shows from the LED display library of the Burj Khalifa.

This year the theme of the laser and light displays is ‘time and progression’ highlighting the heritage of Emiratis, it narrates the story of the progress of nation over the years and the future ambitions to explore Mars.