These characters are survivors of racism, of misogyny and of circumstances 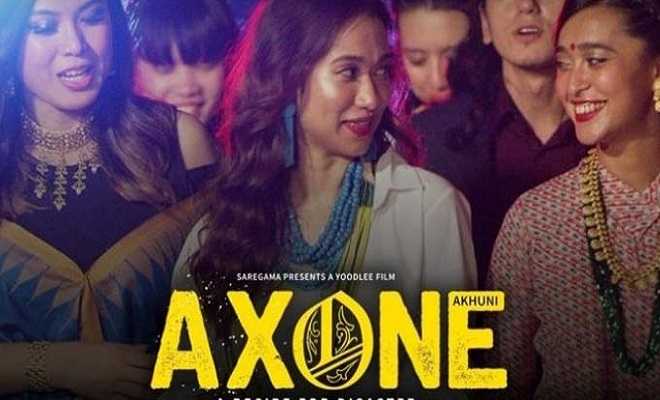 Axone is streaming on Netflix

At one point in Axone, one of the film’s strongest characters has a panic attack as she endures a bigotted verbal attack. People around her shout ‘breathe’ repeatedly.

What other option does she have?

She is an economic migrant, living in a typically hostile neighbourhood filled mostly with casual racists and misogynist. What choice does she have other than surviving?

No, Axone is not a depressing look at the deeply ingrained societal issues. Rather it is a pleasant film about how people tend to find comfort in food and friends, even in the harshest of circumstances. Located in Delhi, this is a story of a group of ‘North Eastern friends’ who are reminded at every turn that all they have is each other.

There is Chanbi (Lin Laishram), torn between love and ambition…(minimal ambition). She is angry and defensive like someone who has tolerated life for more than ten years in a hostile place. There are no more Fs to give any longer. So, she vents and sees most people with suspicion. Her boyfriend, Bendang (Lanuakum Ao) who has had a near-death experience at the hands of locals, is just guarded at all times. His “othering” is complete, as he sees them as “Indians”. This derails his aspiration to be a musician and his personal life as well.

We meet Upasna (Sayani Gupta). Even amongst this group of oppressed people, she has to endure bigotry as she isn’t really from the North East, being of Nepali origin. Nonetheless, she soldiers with all she has. Part of it is to woo her boyfriend Zorem (Tenzin Dalha). Upasna is a realist and has her eyes set on having her own family soon. Dead ends motivate her to find other avenues.

Both Chanbi and Upasna have a major task at hand. Their IAS candidate friend Miram (Asenla Jamir) is getting married later in the day. As her friends, they have to take care of all the preparations. It is a last-minute wedding with a shoe-string budget. Yet being her only family in the city, they do their utmost to make her day special.

To do so, they want to prepare a North-Eastern delicacy Axone (pronounced Akhoo-nee). The main conflict (among others) is based on the fact that Axone, when cooked, has such a strong aroma that one character in the film defines it as “sewerage ke pipeline ka kam”. In pursuit of finding the perfect place to cook Axone and not inviting the wrath of landlords and neighbours, both girls and a few others go from pillar to post.

This story of friendship and love is weaved together with moments of angst and desperation. The scenes involving Bendang and Chanbi really touch a nerve. There are times of weakness in Zorem too. Yet Upasna is able to somehow swoop in and save the day. The polar opposite of Chanbi, who is a lot more willing to give up or lash out.

You hear familiar lines like “Inkay sath aisa he hona cahieye” or “Tum sub ek jaisey dekhtay ho”. Things that we hear our friends and colleagues say passingly and depressingly it doesn’t even matter. The character of a well-intentioned but slightly inappropriate landlord’s son Shiv (Rohan Joshi) shows that everyone needs to be better. Even if the heart is in the right place, we can fall into familiar traps.

All these wonderful actors, show the nuance required to play these characters. They are able to convince you that this is their lived reality. The film shows events of a single day and yet these characters go through a range of emotions. Sayani Gupta and Lin Laishram, don’t allow the sombreness of one scene to pass into another happy sequence. Things are difficult, but they can still have a laugh.

Scriptwriter and director Nicholas Kharkongor along with dialogue writer Gaurav Sharma have created actual relatable characters. The North-eastern aspect of their personality is just an identity. On this particular day, their struggles might be about being able to make one regional dish but at the same time, they are still trying to manage their relationships and careers. These are distinct individuals with varied aspirations and aims. We go through their journey with them. The film isn’t interested in telling, rather it just shows. Hence, it never gets preachy.

Nicholas Kharkongor, who is half-Naga, half-Khasi is not othering anyone. There is some anger in his voice, but a lot more compassion and humour. He is able to critique his own for pushing away a Nepali (Upasna).  The old tradition of a tribal wedding is seen through today’s molarity. Tajdar Junaid’s background score despite being unfamiliar is not distracting. It just adds to the scenes but doesn’t deviate your attention.

Pakistanis have been deliberately kept uninformed or misinformed about all things India. This country of a billion people is seen through the prism of Bombay only. People randomly dancing or shooting each other on the streets. While we moved to Middle India with web series and Ayushmann Khurrana, Axone takes us into a completely new direction. This is why diversity of voices is vital. 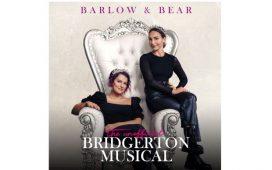 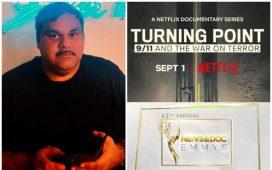