As the film gets private screening for few celebs in Mumbai before its official release! 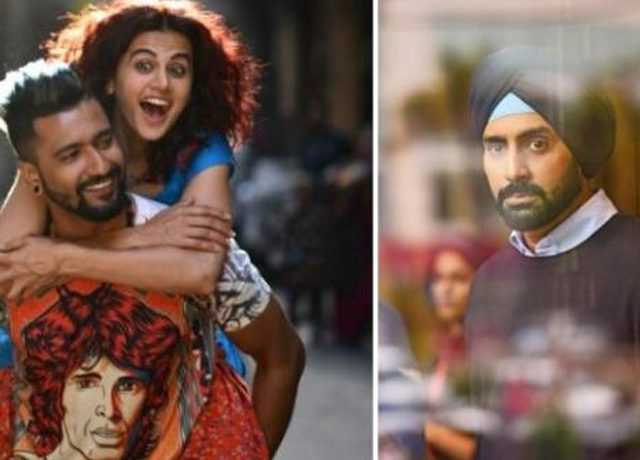 As the film was screened in Mumbai for a few celebrities and at the Toronto International Film Festival, under the alternate title, Husband Material.
And Karan Johar was one of the few celebrities to get the early screening of the film. A single tweet was not enough for KJo to express his sentiments for the film here is what he shared in a series of tweets in his timeline.

The man woman dynamics of #Manmarziyan are beautifully chaotic ! The atmospherics combined with the @anuragkashyap72 madness makes this film a truly unusual and magical emotional ride! I was on an @ItsAmitTrivedi roller coaster and enjoyed every bit of it!

Their is so much of loveliness in @KanikaDhillon’s writing!! She captures the emotional beats with ease and expertise! The performances are extraordinary! A superbly solid, silent and sensitive portrayal by @juniorbachchan !! So so proud of his work!!! He is so amazing ! 👍👍👍

….@vickykaushal09 is all gusto and glory portraying a manic lover with genius abandon!!! He has some moments of brilliance in the film!! @tapseepannu holds the strings of her layered character like an absolute veteran! Bravo!!!!👍👍👍 #Manmarziyaan

Congratulations to Anand Rai Anurag Kashyap and EROS on #Manmarziyaan !! Here’s to a stupendous weekend ahead!

Manmarziyaan is being reported to get major nods from critics and celebrities. And the sentiments have been already put on Twitter for general audience, before film’s official release.

Let’s see how people find the Manmarziyaan, after watching it for themselves.
The unconventional romantic-comedy is being released today. Starring Abhishek Bachchan, Taapsee Pannu and Vicky Kaushal in lead roles.

tweet
Share on FacebookShare on TwitterShare on PinterestShare on Reddit
Saman SiddiquiSeptember 14, 2018
the authorSaman Siddiqui
Saman Siddiqui, A freelance journalist with a Master’s Degree in Mass Communication and MS in Peace and Conflict Studies. Associated with the media industry since 2006. Experience in various capacities including Program Host, Researcher, News Producer, Documentary Making, Voice Over, Content Writing Copy Editing, and Blogging, and currently associated with OyeYeah since 2018, working as an Editor.
All posts bySaman Siddiqui