Once Upon a Time in Hollywood is premiering in Cannes today and filmmakers beg attendees to not to share spoilers. 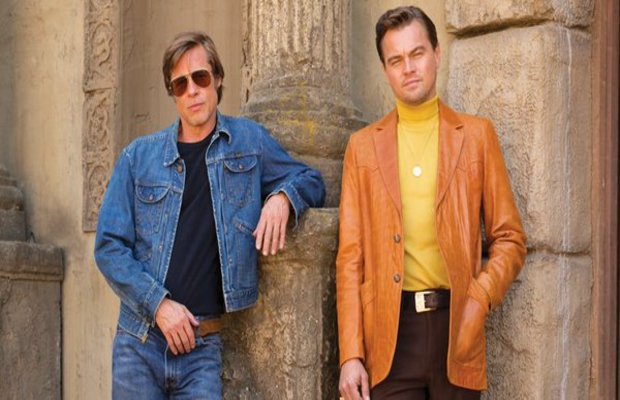 Sony has released the official trailer of Quentin Tarantino’s ‘Once Upon a Time in Hollywood’, ahead of its highly anticipated premiere at the Cannes Film Festival.

The 2:34 duration trailer doesn’t give many details of the story plot as they are being kept under the wraps but according to the film’s original synopsis;

Quentin Tarantino’s ONCE UPON A TIME IN HOLLYWOOD visits 1969 Los Angeles, where everything is changing, as TV star Rick Dalton (Leonardo DiCaprio) and his longtime stunt double Cliff Booth (Brad Pitt) make their way around an industry they hardly recognize anymore.

“In this town, it can all change…like that”, watch the trailer; which rather gives a flavour of Pitt’s and DiCaprio’s characters in Tarantino’s trademark style!

Once Upon a Time in Hollywood is premiering in Cannes today where Tarantino won the Palme d’Or exactly 25 years ago for “Pulp Fiction”. Filmmakers have beg attendees to not to share spoilers.

Quentin Tarantino, returning to #Cannes 25 years after the premiere of "Pulp Fiction," blows kisses to the crowd ahead of the debut of "Once Upon a Time in Hollywood" https://t.co/CHgMhKXpjZ pic.twitter.com/1KrsYWIAa7

Quentin Tarantino gives Margot Robbie a twirl as the cast of "Once Upon a Time in Hollywood" gathers on the red carpet https://t.co/CHgMhKXpjZ #Cannes pic.twitter.com/kGpH6WT3qn

The ninth film from the writer-director features a large ensemble cast and multiple storylines in a tribute to the final moments of Hollywood’s golden age.

The film will hit theaters on July 26th for general audiences.