The clip from the recently released documentary, Being James Bond, went viral on micro-blogging site Twitter 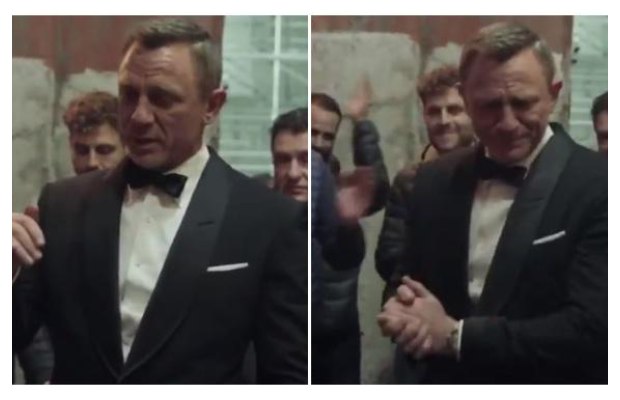 Daniel Craig giving an emotional farewell speech right after he wrapped up filming for his final 007 films has gone viral on micro-blogging site Twitter.

No Time to Die is the 25th James Bond film featuring Daniel Craig reprising the timeless role for the last time.

A behind-the-scenes video from the set of Cary Joji Fukunaga’s long-delayed James Bond film has surfaced online ahead of its world premiere later this month.

Addressing the crew on the last day on the set, Daniel Craig said: “A lot of people here worked on five pictures with me, and I know there’s a lot of things said about what I think about these films or all of those whatever. But I loved every single second of these movies, and especially this one, because I got up every morning, and I’ve had the chance to work with you guys. And that has been one of the greatest honors of my life.”

This behind the scene clip comes from a segment in the recently released documentary, Being James Bond, following Craig’s five-film journey as the elusive spy.

The film is available for free on Apple TV+.

The film is set to have its premiere on September 28 at the Royal Albert Hall, followed by a U.K. theatrical release on September 30.  And the U.S. and global debut in theaters is slated for October 8.