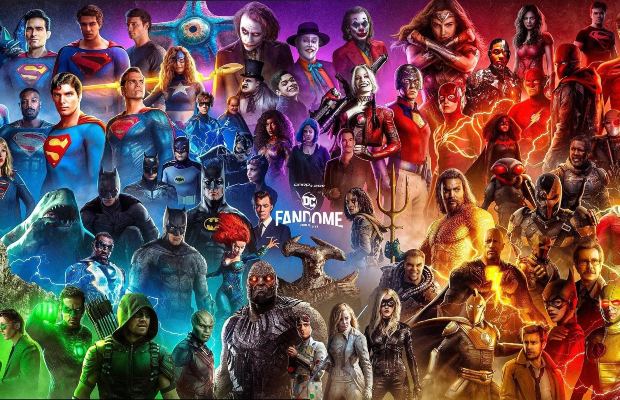 DC FanDome has enthralled the fans by revealing teaser trailers of upcoming films and series!

With its first looks at some of DC’s biggest new movies, games, shows, and comics, DC FanDome virtual event on October 16 attracted millions of fans across the world.

Other than teaser trailers there were behind-the-scenes looks from the much-anticipated line up including Aquaman and the Lost Kingdom and Shazam sequel.

A new trailer for The Batman unveiled a look at Catwoman, Penguin, the Riddler, Alfred, and Robert Pattinson’s Batman beating up plenty of thugs and taking lots of bullets.

Directed by Matt Reeves and starring Robert Pattinson in the titular role,  “The Batman,” is set to premiere on March 4, 2022.

We get to see the first-ever detailed look at the upcoming anti-hero movie Black Adam.

Dwayne Johnson later shared the first teaser trailer of the film on his social media accounts.

He is ruthless.
He is unstoppable.
He is the reason the hierarchy of power in the DC UNIVERSE is about to change.

There was the first teaser of the spinoff show from James Gunn’s film “The Suicide Squad,” “Peacemaker” featuring John Cena returns as his homicidally patriotic hero.

The first teaser reveals the Peacemaker teams up with other vigilantes, fights in his underwear, and hugs a bald eagle.

Aquaman and the Lost Kingdom

Jason Momoa and director James Wan shared behind-the-scenes looks at the upcoming sequel. The film is expected to dive into theaters on Dec. 16, 2022.

Shazam: Fury of the Gods

Zachary Levi gives us a behind-the-scenes look at the Shazam! sequel, Shazam! Fury of the Gods which is scheduled to open in theaters on June 2, 2023. #DCFanDome pic.twitter.com/04i3ND7Iyk