Akcent cancels concert in Faisalabad due to non professional organizers

"They did a scam for this concert," states Akcent. 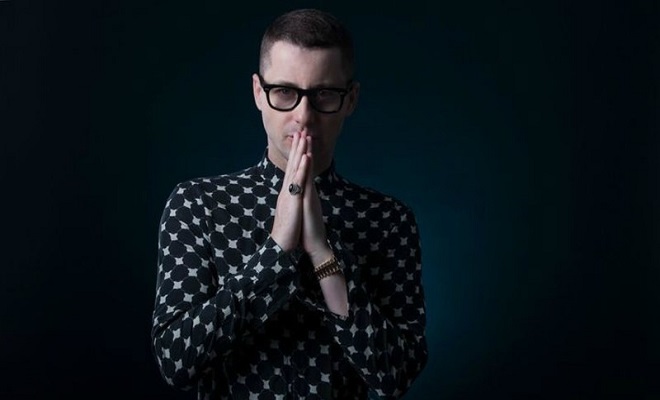 Akcent, one of Pakistan’s most favorite Romanian singer and musician, recently landed in the country to give some amazing concerts. As part of his Pakistan Tour, Akcent had a blast performing in Lahore and Bahawalpur, rocking the cities with his unique music and rocking style. 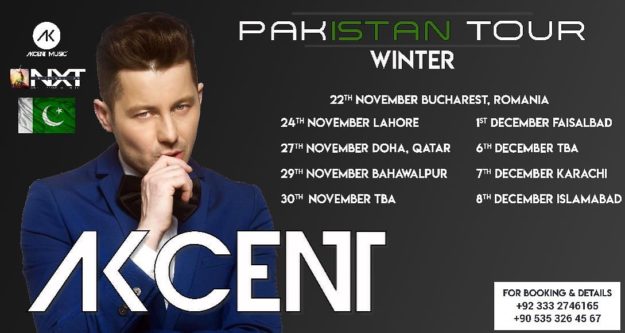 In between  Lahore and Bahawalpur, Akcent, as he had first requested, went on to have his ‘fantastic tea’ with Director General Inter-Services Public Relations (DG ISPR) Asif Ghafoor in Rawalpindi, on November 25, 2019.

The artist, however, who was scheduled to perform in Faisalabad on the 1st of December, broke a number of hearts as he called off his concert in the morning of the scheduled day, citing nonprofessional organizers as the reason. “They (organizers) did a scam for this concert,” read the update on Akcent’s official Facebook page.

Akcent had previously announced that its biggest show of the year will, however, happen in Karachi on the 7th of December 2019. 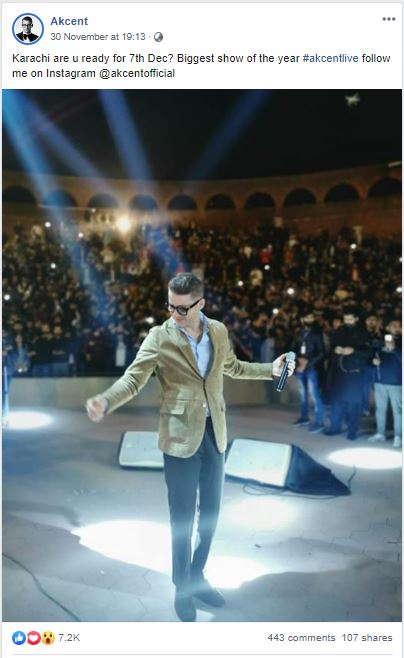