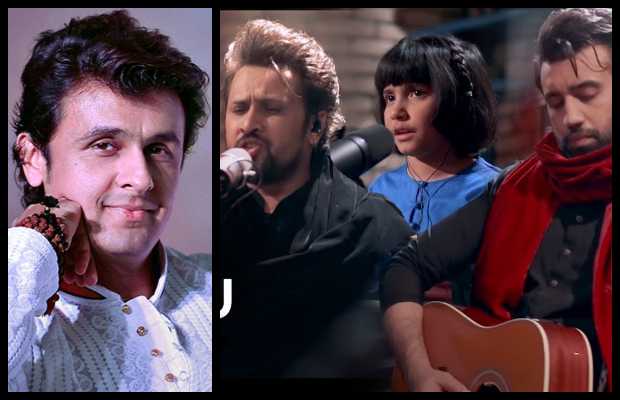 It’s been a while since anything has touched my soul like this, Sonu - OyeYeah News
0Share
299Views

Bollywood singer Sonu Nigam has become a fan of Nescafe Basement after he recently listened to Bol Hu from season five of the show. The song, featuring eight-year-old Hadia Hashim and Soch the band, was aired in February 2019 but Sonu only recently heard it and got impressed.

“It’s been a while since anything has touched my soul like this! What a song, what lyrics, what composition! Wah! Soch the band, kya soch hai!” said the legendary singer of the song that was also included in 2020 film Malang.

In response to Sonu’s praise, Soch also issued a statement thanking the star singer. “We have grown up following you and listening to your music so it’s like a dream come true for us. Thank you, Sonu Sir! It is always gratifying and nice to hear something heartfelt like this from a fellow artist across the border.”

Read More : Sonu Nigam has called Indians ‘Stupid’, asks them to ‘Grow Up’ 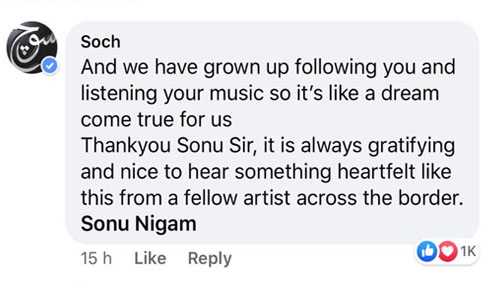 The producer of the show, Xulfi also posted a video on social media to acknowledge Sonu’s kind words and extend gratitude.

“I just saw Sonu Nigam’s video on Bol Hu and I thought it only made sense that I express my gratitude in a similar manner,” said Xulfi.

“I would want to thank him for is the way his reaction must have elated the spirits of Adnan, Rabi, and Hadia. There’s no comparison to that. They would want to work even more seriously towards their dreams. God has given you a gift; do not let it go to waste,” he added.