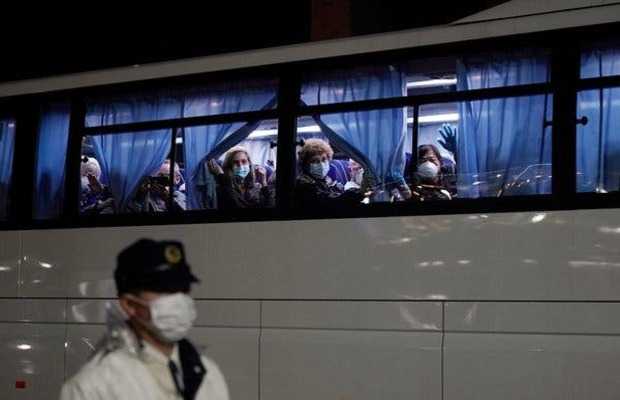 Earlier last month, a cruise ship Diamond Princess was declared quarantined in Yokohama, Japan as a man with Coronavirus embarked the ship from Honk Kong. The ship with 3,700 people on board was then quarantined and has had 454 positive cases of Coronavirus.

The American officials, however evacuated as many as 300 US citizens – after a fourteen-day long protocol period – out of which 14 tested positive for the deadly COVID-19 – the disease spread by Coronavirus.

According to NBC, the state department has issued notification that these individuals were tested prior to evacuation process and showed no symptoms of the disease. However, once at the airport to board the chartered flight, the officials received notice that their test from two-three days earlier came out positive.

The 14 affected citizens were then sent to the isolation compartment and allowed to board the plane after consultation with health officials. All other passengers were also monitored throughout the flights which landed at Travis Air Force Base, California, and Lackland Air Force Base, Texas.

“These individuals were moved in the most expeditious and safe manner to a specialized containment area on the evacuation aircraft to isolate them in accordance with standard protocols,” said a spokesperson from the US State Department.

According to WHO, the death toll from the epidemic in China has reached 1,800 whereas globally 694 cases in 25 countries have been reported where the disease claimed three lives.