Showing the disgust over the death rumours, Pakistani scientist said that his enemies were spreading fake news about his demise. 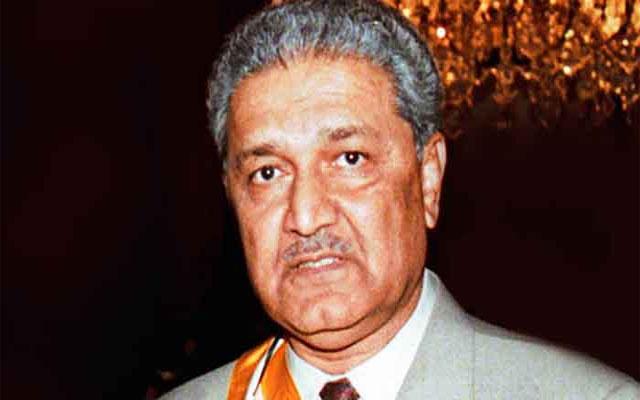 Dr Abdul Qadeer Khan, the national hero and the father of Pakistan’s nuclear program on Tuesday disapproved the rumours circulating on social media regarding his death.

The Pakistan’s hero has made a public appearance and shared a video a message to the media saying he is alive and healthy.

Showing the disgust over the death rumours, Pakistani scientist said that his enemies were spreading fake news about his demise.

“Thanks to the Almighty, I am alive and well. Enemies are spreading fake news about my death. God willing, I will live on for a few more years,” he said.

AQ Khan also held a copy of a newspaper to confirm that the video was made the latest to avoid social media propaganda.

It is pertinent to mention here that the rumours of the death of AQ Khan has been doing rounds on social media ever since the nuclear scientist was admitted to the hospital a day before.