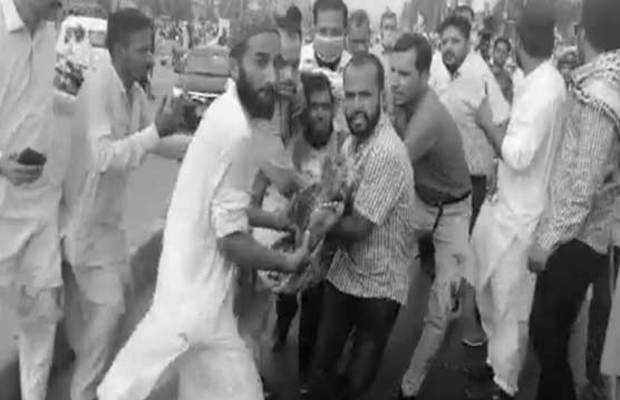 The nature of the blast could not be ascertained, spokesman - OyeYeah News
0Share
373Views

Explosion near Jamaat-e-Islami rally, five people are reported to be injured.

As being reported a cracker blast occurred in Karachi at Kashmir solidarity rally near Baitul Mukaram Masjid, Gulshan e Iqbal, on Wednesday evening.

A rally was held on the occasion Youm-e-Istehsal, to protest against the Indian atrocities against Kashmiris in which thousands of people participated.

According to a Jamaat-e-Islami spokesman, the nature of the blast could not be ascertained. Rangers have stopped the rally from proceeding.

According to Police officials, Jamaat-e-Islami rally was passing through the Gulshan-e-Iqbal area when an explosion occurred in front of the Baitul Mukarram mosque. The nature of the blast is being assessed.