Theresa May to face confidence vote after huge defeat 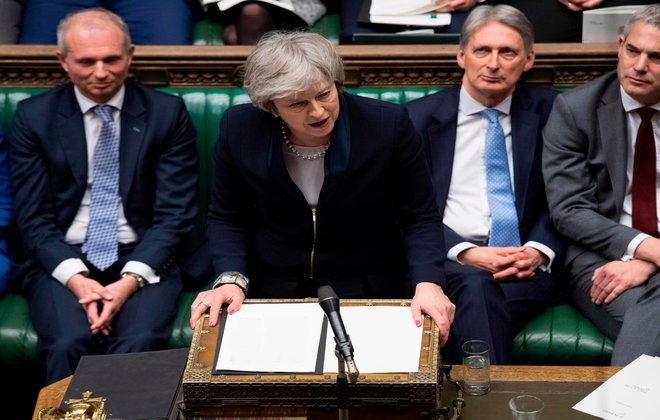 Britain’s parliament on Tuesday has rejected Prime Minister Theresa May’s Brexit deal, which has triggered a no-confidence vote in her government and plunging its plans to leave the EU into further confusion.

The confidence vote is expected to be held at about 19:00 GMT.

Member of the British parliament MPs voted 432 to 202 against Theresa May’s plan for taking Britain out of the European Union. It is being termed as the biggest parliamentary defeat for a government in modern British political history.

Theresa May has told MPs she will return to the Commons with an alternative plan next week, provided she survives the confidence vote.

“The House has spoken and this government will listen,” she said on Tuesday night, offering cross-party talks to determine a way forward.

According to the BBC political correspondent Iain Watson, if the prime minister sees off the challenge, she will begin a series of meetings with “senior Parliamentarians” on Thursday.

But according to the latest media reports, there has been no offer of all-party PM Theresa May. She is not reaching out according to Jeremy Corbyn, Leader of the Labour Party.

Jeremy Corbyn accuses Theresa May of "acting in her narrow party interest, rather than the public interest" on #Brexit – saying her party is "fundamentally split on the issue"

tweet
Share on FacebookShare on TwitterShare on PinterestShare on Reddit
Saman SiddiquiJanuary 16, 2019
the authorSaman Siddiqui
Saman Siddiqui, A freelance journalist with a Master’s Degree in Mass Communication and MS in Peace and Conflict Studies. Associated with the media industry since 2006. Experience in various capacities including Program Host, Researcher, News Producer, Documentary Making, Voice Over, Content Writing Copy Editing, and Blogging, and currently associated with OyeYeah since 2018, working as an Editor.
All posts bySaman Siddiqui