Chief Minister Punjab Usman Buzdar’s helicopter narrowly escaped an accident after being hit by a bird on Tuesday.

According to initial reports, the helicopter made an emergency landing in Lahore. The front part of the helicopter received a heavy dent after being hit by the bird. 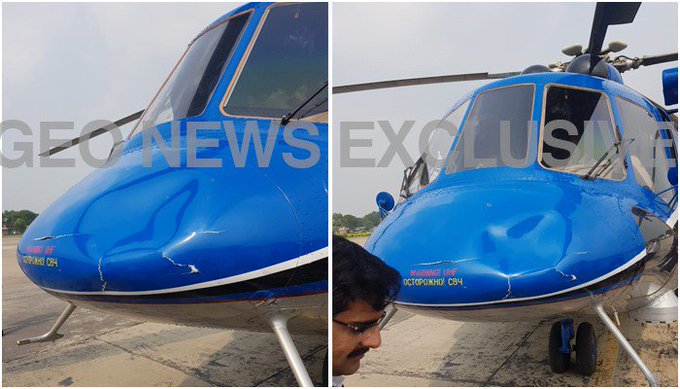 As being reported, Punjab Chief Minister Usman Buzdar has his visit scheduled for Kolo Tarar, the native village of MPA Mamoon Jaffar Tarar on Tuesday.

Read More : Pakistan condemns use of Cluster bombs by Indian Army at LoC

The accident occurred when CM Punjab was returning after visiting Hafizabad.