The map showed Trump supporters and Biden supporters in red and blue, describing Kashmir as part of Pakistan. 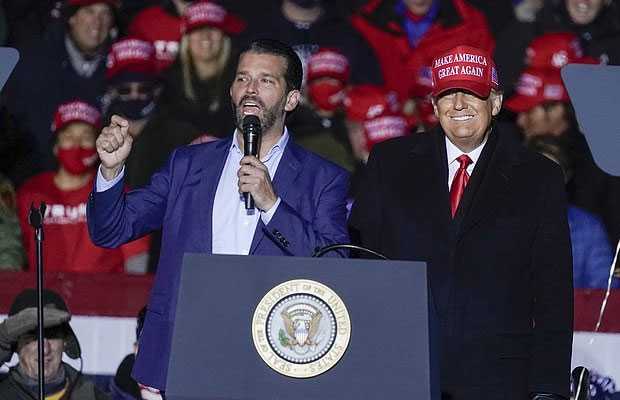 Pakistan has gradually become successful and started to receive international support on its stance against India and its illegal occupation on Jammu and Kashmir as other countries have begun to recognise Kashmir as the part of Pakistan.

In a recent turn of events, US President Donald Trump’s son shared on his Twitter handle a disputed map of India during the presidential election voting showing illegally occupied territory as part of Pakistan.

The map showed Trump supporters and Biden supporters in red and blue, describing Kashmir as part of Pakistan. He also called India a country with Joe Biden’s influence.

Trump Jr tweeted: “Okay, finally got around to making my electoral map prediction.”

In the world map— except the four countries of the world— Trump’s son has described the entire world as supporting country while onlyIndia, China, Mexico and Laberia supporting Biden.

He has even described Pakistan, Iran and Russia as his supporting countries.

Meanwhile, Pakistani Twitter users were quick to spot the latest inclusion on the world map, responded with appreciation towards the friendly gesture.