Dwayne ‘The Rock’ Johnson is not dead after a stunt accident, as fake news circulating on social media claims to be. The actor has fallen victim to fake news hoax.

Fake news story being circulated claims that actor was killed as stunt went wrong while shooting though the news image contains BBC News logo, it turns out to be fake.

The hoax story’s headline reads as ‘BBC: Dwayne The Rock Johnson Dies at 47 after a terrible stunt attempted failed’. 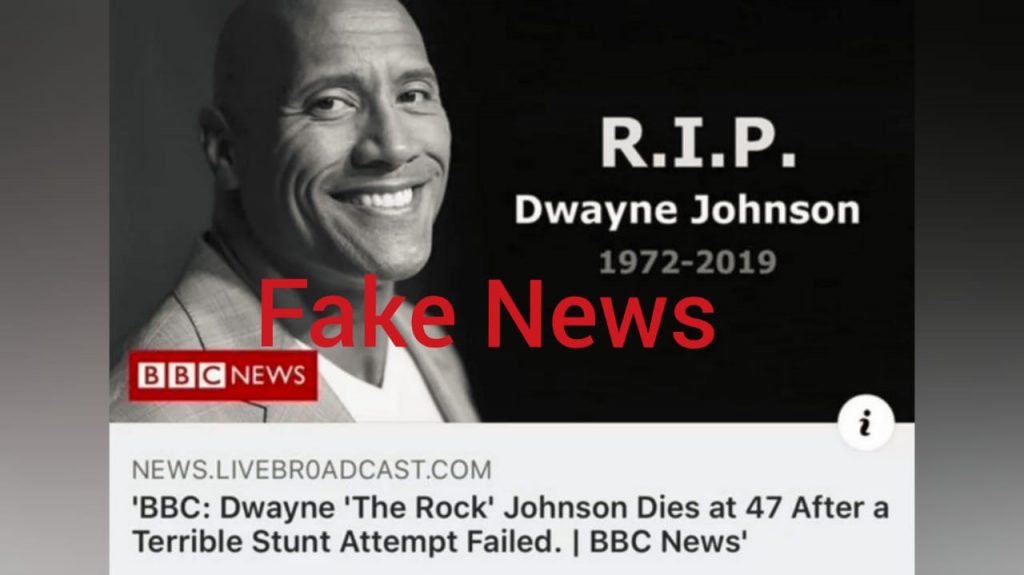 The Hollywood star is yet to comment on this development but in the meantime he has been active on his social media, sharing posts on his official Instagram.

47-years-old wrestler turned actor is busy in promotions of his coming film Jumanji – The Next Level. He has also shared the film trailer, which has just a month left in its release.

This is not the first time that Fast And Furious star has been declared dead! The same thing happened on social media back in 2011 and 2014.

Yet again back in 2014, hoaxers claimed it was a stunt gone wrong that had been the end for Dwayne, falsely reporting: ‘Actor Dwayne Johnson died while filming a movie in New Zealand early this morning – June 10, 2014.