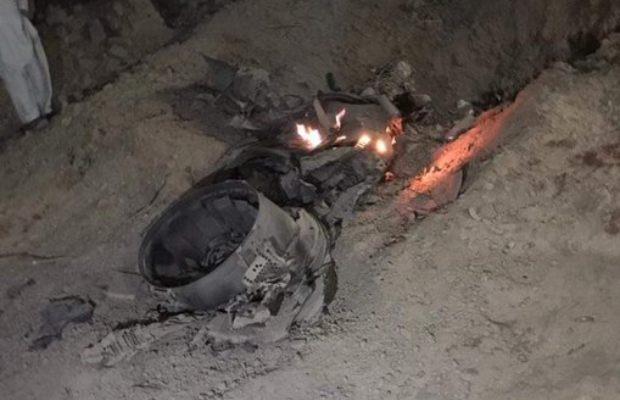 India admits to accidentally firing a missile into Pakistan terming it ‘technical malfunction’.

As quoted by the Indian Media, the Indian government on Friday has ordered a high-level inquiry into a missile that landed in Mian Channu city of Pakistan’s Punjab province on March 9.

In a statement, the Centre said, “On 9 March 2022, in the course of routine maintenance, a technical malfunction led to the accidental firing of a missile. The Government of India has taken a serious view and ordered a high-level Court of Enquiry.”

“It is learned that the missile landed in an area of Pakistan. While the incident is deeply regrettable, it is also a matter of relief that there has been no loss of life due to the accident,” it added.

A copy of the press release of the Indian Defense Minister is also available via social media. 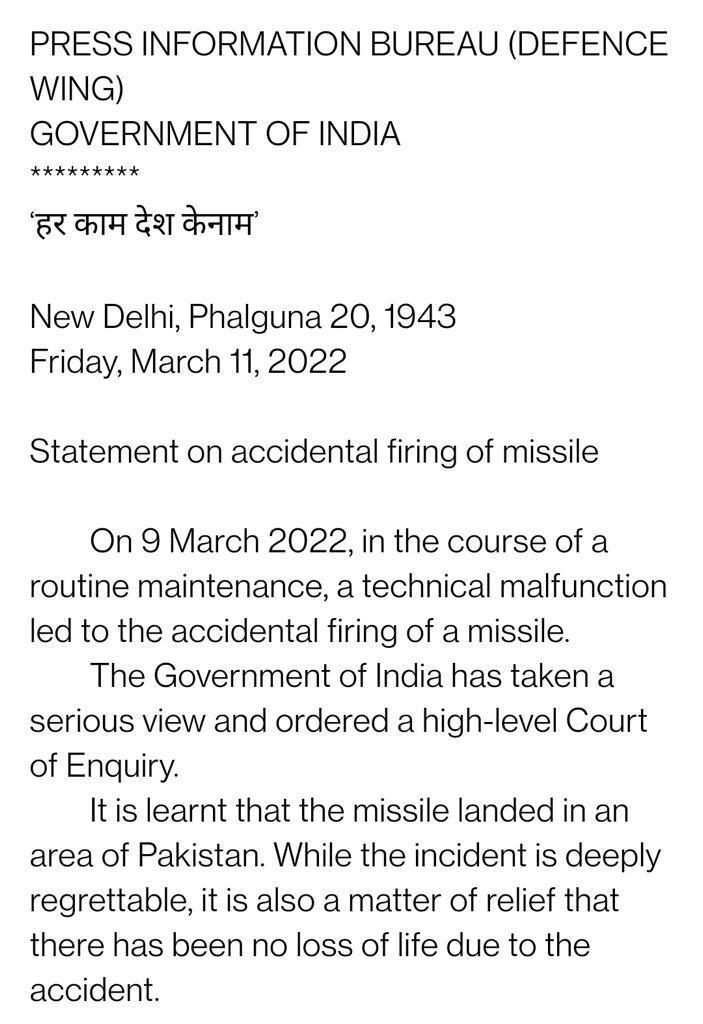 “It was a supersonic flying object, most probably a missile, but it was certainly unarmed,” he said.

“On March 9, at 6:43 pm, a high-speed flying object was picked up inside the Indian territory by Air Defence Operations Centre of the Pakistan Air Force (PAF),” he stated.

“When it fell, it damaged civilian properties,” he stated, adding that no loss of life was reported.