It was the Flight SG-11 of SpiceJet that was heading towards Dubai from Delhi. 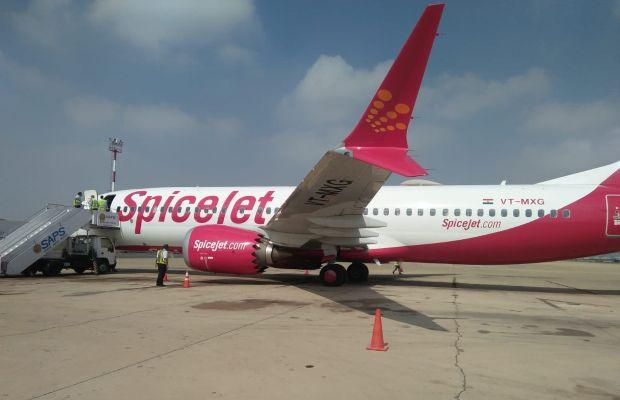 An Indian passenger flight makes an emergency landing at Karachi Airport on Monday.

According to aviation sources, the  Indian Airlines flight from Delhi to Dubai had a technical malfunction due to which flight SG-11 of SpiceJet sought permission to land in Pakistan’s airspace.

The Indian flight made an emergency landing in Karachi with the permission of the pilot.

Aviation sources said that the pilot of the Indian plane was allowed to land on humanitarian grounds after contacting him, after which the Boeing 737 landed safely at Karachi airport.

According to sources, there were more than 100 passengers on board who were not allowed to disembark at first but were later transferred to the Jinnah International Airport lounge.

A replacement aircraft is being sent to Karachi that will take the passengers to Dubai, SpiceJet Spokesperson said.

While Indian media reports that it was not an emergency landing!

No emergency was declared & aircraft made a normal landing. There was no earlier report of any malfunction with the aircraft. Passengers have been served refreshments. A replacement aircraft is being sent to Karachi that will take the passengers to Dubai: SpiceJet Spokesperson

Furthermore, the Indian  Directorate General of Civil Aviation (DGCA) has ordered a probe into the incident where SpiceJet’s Delhi-Dubai flight was diverted to Karachi as the fuel indicator started malfunctioning.