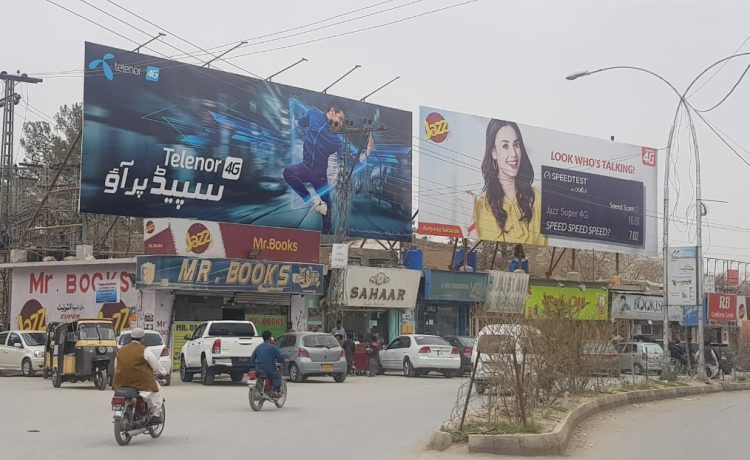 Jazz positions itself as the country’s fastest mobile network – a fact which is undeniable given the two consecutive Ookla Speedtest awards it has received recently. As per the latest Ookla Speedtest score, Jazz received a score of 16.01 with average download speed of 17.13 Mbps, beating competition hands down.

With facts being what they are, it was quite naive of Telenor’s advertising team to come up with a campaign that blatantly spewed lies about being a fast mobile network. It was only a matter of time before Jazz took matters into their own hands and dissed the competition’s campaign with a cunning hoarding of their own.

The “Look Who’s Talking!” billboards by Jazz can be seen in various locations around Karachi, Lahore and Islamabad right next to every Telenor Hoarding, which says “Speed Par Aao”. A girl can be seen pointing towards the Telenor billboard, clearly belittling the competition.

Jokes apart, it is one thing to take a dig at a rival company publicly but another to deceive the people. Telenor is clearly misleading customers into believing something which isn’t true with their latest campaign and Jazz’s response is something that’s not only humorous but also cheekily outsmarts its competitor with the truth.

Jazz’s unconcealed response and innovative advertising strategy is on point with these billboards. This move has been serving as a constant source of laughter for everyday commuters since it was put up.