Pakistan Railways have brought ten bodies, a power van, and two engines to Karachi on Monday for the KCR.

The engine, power van along with 10 bogies had left for Karachi from Rawalpindi on Sunday.

According to the official press release issued earlier by Pakistan Railways, eight up and down passenger trains will run daily, for which the maximum fare will be Rs50.

The schedule for the train service is as follows: 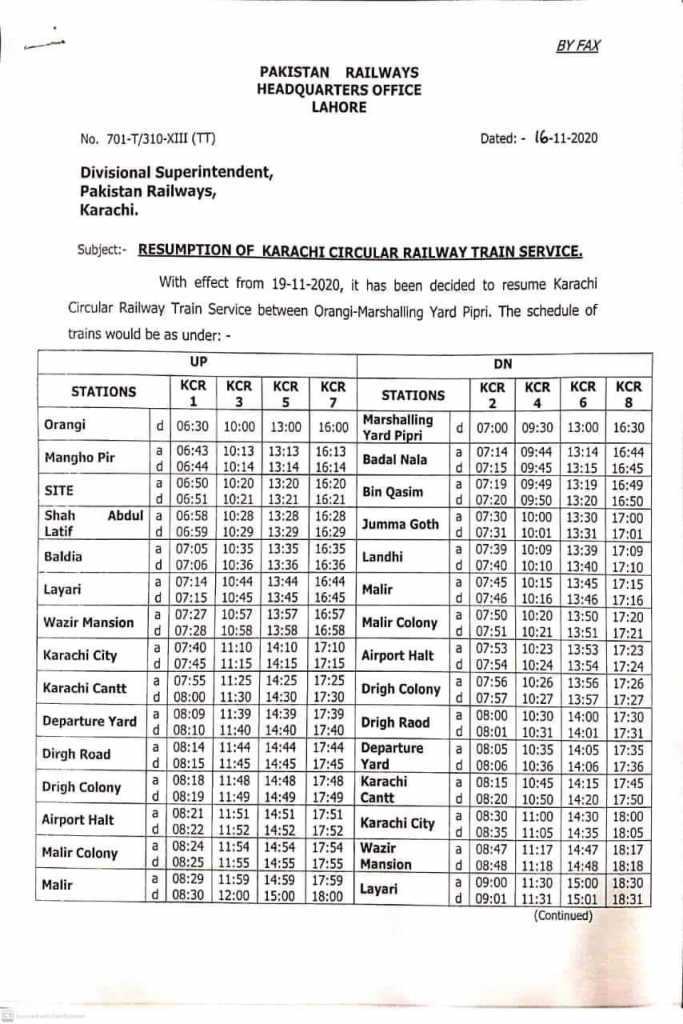 KCR service, which was originally scheduled to resume from November 16 but was delayed due to the non-finalisation of the arrangements.