In Clifton, Jamshed Town and several areas, the petrol pumps were closed after it ran out of supply. 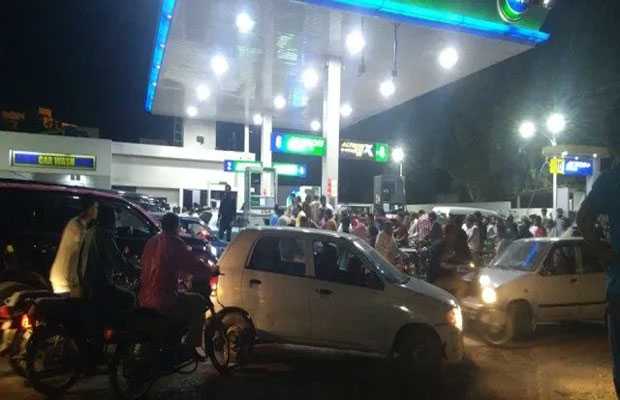 Petrol pumps in various areas of Karachi were shut down as they were running out of stocks owning to the disruption in the supply chain caused by Thursday’s torrential rains.

As being reported, some oil companies did not dispatch new supplies fearing their vehicles would get stuck in traffic or breakdown because of the heavy flooding as a result the residents in various neighbourhoods of the city is facing a hard time trying to refill their fuel.

In Clifton, Jamshed Town and several areas, the petrol pumps were closed after it ran out of supply.

A PSO petrol pump located between Gurumandir and Jail Chowrangi, was shut after the fuel shortage Thursday evening while another one on Kashmir road reported petrol crisis on Friday saying that fresh supply is still awaited.

The torrential rains on Thursday have badly affected the supply as major oil storage capacities in various neighbourhoods of Karachi ran out of stock. A number of petrol pumps were shut down while long queues of cars and motorcycles were seen outside those that were still open.