The caretaker has been nursing and cleaning cages of the animals over a period of past five years. 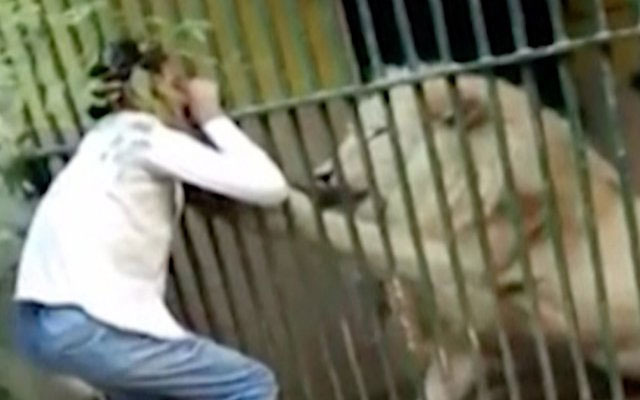 Karachi: The zookeeper, Kanoo, who was injured by a lion on Monday, said the attack happened because his hand slipped while feeding the lion and it caught hold of the animal.

Kanoo, in a video message on Wednesday has said that he was doing better now. He said it was his duty and daily routine to feed the animals but on the day of the incident, his hand had slipped and the lion got a hold of him.

The caretaker has been nursing and cleaning cages of the animals over a period of past five years.

On Monday, the Karachi Zoo’s lion called “White Lion” had gotten hold of caretaker’s hand and severely injured him.

The zoo director, Qamar Ayub, had assured him of complete support, as well as assistance in his medical treatment, he added.

Kanoo was feeding the animal at around 5 PM whereas the official feeding time of the animal was in afternoon under the supervision of a zoologist and a veterinary doctor, according to zoo director, Ayub.

The zoo director had earlier said that Kanoo has broken the rules and lately feed the starving animal.

After the incident, Karachi’s Mayor Waseem Akhtar had also taken notice of the incident and ordered an inquiry into the matter.

Further, it was reported that an inquiry would be conducted against the zookeeper for going against the standard operating procedures.