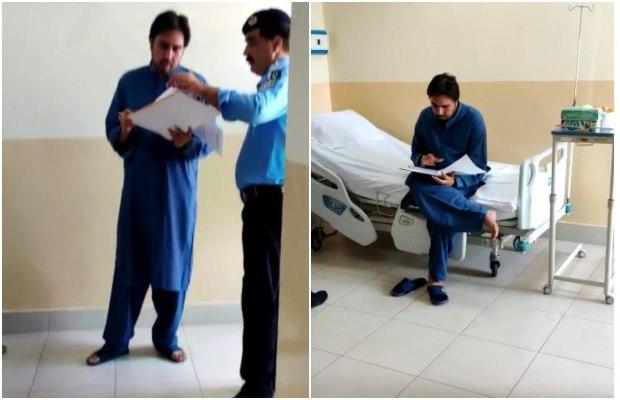 The video clip shows the PTI leader standing on his feet in the PIMS Hospital room.

It was a day ago when Shahbaz Gill was shifted to PIMS hospital with claims of being in critical condition and police torture.

“Propaganda has been rampant for the last three days without any investigation,” she said.

“Shahbaz Gill has not been tortured and only fake propaganda is being spread in this regard. When he (Gill) comes in front of the camera, he starts acting,” she said.

“This narrative was initiated by Imran Khan and his aim is to change the story entirely. He wants to change the scenario after he was bashed for the dirty and vile campaign against the martyrs of the Lasbela helicopter which was followed by trolls of PTI caught,” she added.

This video of Shehbaz Gill has been made secretly otherwise He would not be able to breath because his Asthma becomes severe in front of camera. #PTIchronicles#ShehnaazGill#ShaheenShahAfridi pic.twitter.com/jicczddHzi