The counsel requested the court to direct the Karachi commissioner and other relevant officials to take action against the illegal market which has encroached on amenity plots. 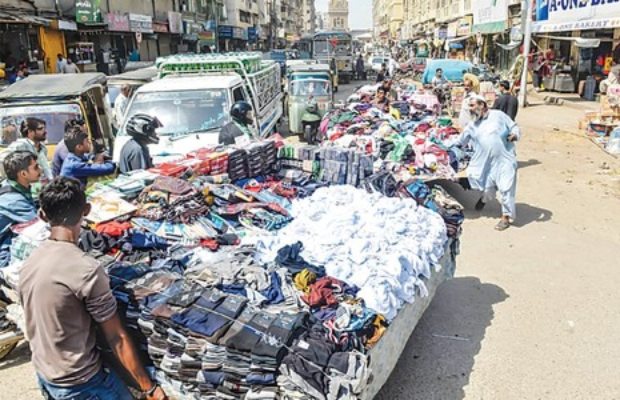 Maulana Tanveerul Haq Thanvi has moved to SHC against the presence of a flea market and encroachments in front of St Joseph’s College in Karachi’s Sadar area.

As being reported, former senator and an eminent religious personality, Maulana Tanveerul Haq Thanvi, has moved a petition in the Sindh High Court.

The counsel of the former senator has informed a two-member bench, comprising Justice Irfan Saadat Khan and Justice Muhammad Faisal Kamal Alam, that the bara flea market, mostly run by illegal immigrants, causes traffic jams and was also attracting criminal elements close to churches, convents and schools and colleges located in the area.

The petitioner’s counsel added that the flea market, constructed on plots numbered C7 and C2/9, sells smuggled and used goods.

“There is a girls’ college in front of the plot and there is a problem of traffic jams at this place”, he said, adding that it is feared that a tall building will be constructed after the construction of the bara market.

The counsel requested the court to direct the Karachi commissioner and other relevant officials to take action against the illegal market which has encroached on amenity plots.

The bench Issuing notices, sought replies from the Karachi Development Authority (KDA) director-general, Lines Area Redevelopment Project director, and other parties, regarding the encroachment by bara market on welfare plots in Lines Area.

tweet
Share on FacebookShare on TwitterShare on PinterestShare on Reddit
Saman SiddiquiAugust 31, 2021
the authorSaman Siddiqui
Saman Siddiqui, A freelance journalist with a Master’s Degree in Mass Communication and MS in Peace and Conflict Studies. Associated with the media industry since 2006. Experience in various capacities including Program Host, Researcher, News Producer, Documentary Making, Voice Over, Content Writing Copy Editing, and Blogging, and currently associated with OyeYeah since 2018, working as an Editor.
All posts bySaman Siddiqui