The court granted Rehman bail against a surety bond of Rs10 million. 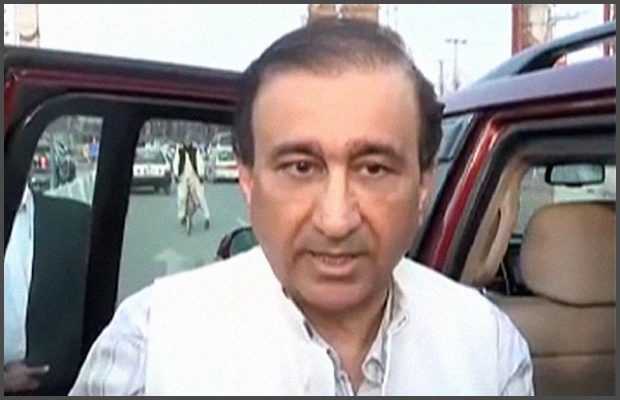 The chief executive and editor-in-chief of Jang Group of Newspapers, Mir Shakil ur Rehman is granted bail by the Supreme Court of Pakistan on Monday.

The SC granted Rehman bail against a surety bond of Rs10 million.

The Lahore High Court had earlier denied bail to Rehman, after which an appeal to the decision was filed at the Supreme Court.

He was in jail for the past 8 months in a 34-year-old case related to the land he allegedly acquired “illegally” in the tenure of then chief minister of Punjab, Nawaz Sharif.

The National Accountability Bureau (NAB) arrested  Mir Shakil ur Rehman on March 12,  in connection with an alleged illegal exemption of 54 plots (each measuring one kanal) in H-block of Lahore’s Jauhar Town phase-II allotted to him being the holder of a general power of attorney on behalf of Hidayat Ali and Hikmat Ali by the then Punjab chief minister (Nawaz Sharif in 1986) in violation of the relevant laws/rules.

tweet
Share on FacebookShare on TwitterShare on PinterestShare on Reddit
Saman SiddiquiNovember 9, 2020
the authorSaman Siddiqui
Saman Siddiqui, A freelance journalist with a Master’s Degree in Mass Communication and MS in Peace and Conflict Studies. Associated with the media industry since 2006. Experience in various capacities including Program Host, Researcher, News Producer, Documentary Making, Voice Over, Content Writing Copy Editing, and Blogging, and currently associated with OyeYeah since 2018, working as an Editor.
All posts bySaman Siddiqui